Convention and simplification at the construction of images

State Standard 2.305—68 recommends to apply some conventions and simplification at implementation of different images of object.

1 - If an image is a symmetric figure, it is possible to draw the half of image or slightly more halves of depiction only, limiting to his axial or wavy line (fig. 2.27, a).

2 – If a few identical, evenly placed elements have an object, dark-and-light this object fully show one or two such the element, and other – simplified or de bene esse (fig.2.27, b);

3 – It is also possible to represent part of object, specifying the amount of elements, their location and others like that (fig.2.27, c);

4 – Rivets, bolts, nuts, keys, etc. are not sectioned. It is a convention in machine drawing that shafts, nuts, bolts, screw and all other threaded parts, keys, cotters and other simple fastening devices, spokes, ribs, webs are not sectioned. Therefore only a small portion of the sectioned object is shown with hatched lines. Thin walls do not shade the spoke of fly-wheels, pulleys, gear-wheels, rib of inflexibility, if a cutting plane is placed along the ax of such element (fig.2.27, d). 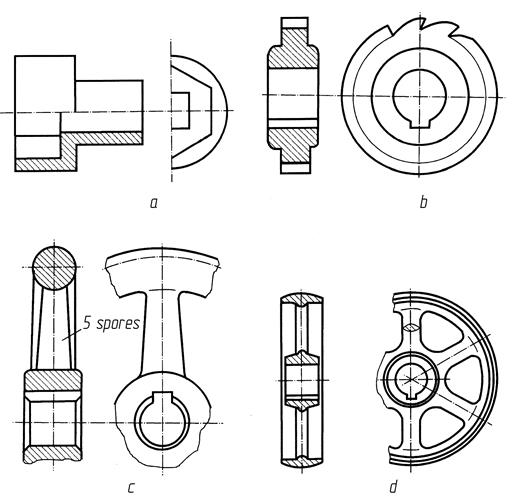 5 – The smooth transition from one surface to other is represented conventionally or not nearly represented (fig. 2.28, a);;

6 – It can be allowed simplifications, analogical to mentioned on a picture (fig.2.28, b);

7 – It can be allowed to represent insignificant taper or slope with an increase (fig.2.28, c);

8 - Details which have large length, permanent crossrunner or such, that changes appropriately, it is possible to show with a break (fig.2.28, d); 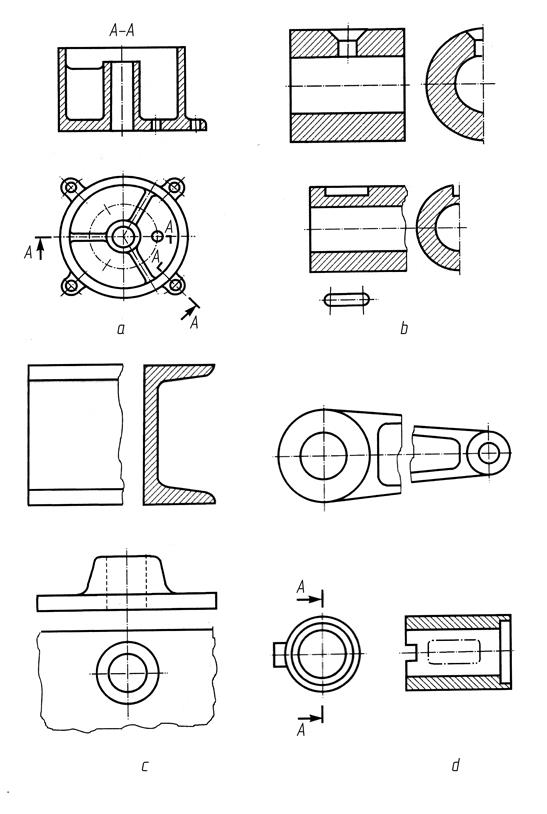 9 – It can be allowed part of object, placed between an observer and cutting plane, to show directly on sectional views by an incrassate dash-dotted line is the so-called “imposed projection” for simplification of picture and diminishing of amount of images (fig.2.28, e);

10 –It is assumed to give an opening contour only for the image of openings in gear-wheels, pulleys, and also for wedge key channels in place of complete depiction of a part (fig.2.29). 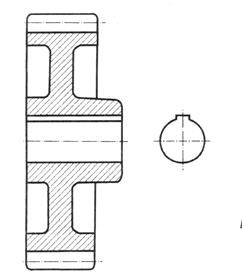