The slope characterizes inclination of one line or a plane according to the other (fig.1.21)

To mark the slope on a drawing a sign

is put before a size number, where Н is a font size. Slope examples are shown on figure 1.22. 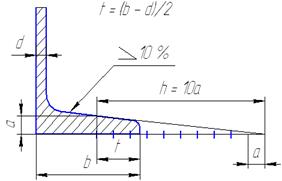 A taper is defined as unit alteration in a specified length measured along the axis in case of a shaft and a base line or a center line in case of flat pieces as shown in Fig. 1.23.

The taper is the correlation of difference of diameters of two cone cross-sections toward distance between them (fig.1.23).

To mark the taper on a drawing a sign

1. What are basic formats according to the State Standard?

2. What kind of scales do you know?

3. When are linear and angular sizes used?

4. What types dimensioning on a drawing do you know?

5. How are slope and taper marked?

An important part of drawing work is the representation of the exact shaрe and size of a solid object. The solid which has length, breadth and thickness (three dimensional) is regarded as two dimensional on the surface of a drawing sheet.

State Standard 2.305-68 sets the rules of object depictions (wares, buildings and their component parts) on the drawings of all branches of industry.

The number of depictions of an object must be minimum but sufficient for determination of its form and forms all its elements. 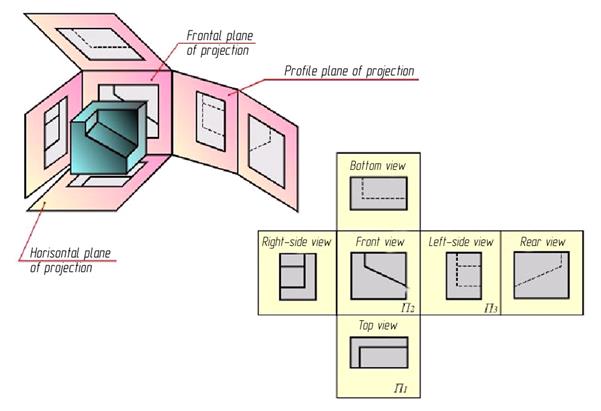 Figure 2.1– The basic planes of projections

The depictions are divided into views, sectional views and sections according to a State Standard 2.305-68 standard .

A view is the depiction of a visible part of a surface of any object, facing the observer.

Views on the basic planes of projections are the main ones. They have the followings names (fig.2.1):

If all the views are placed on one sheet in direct projected connection, they are not inscribed.

If projected connection is broken, or views are separated by other depictions, or made on different sheets, then the view is accompanied by the capital letter of the Ukrainian alphabet, and the direction of planning is shown by a pointer with the same capital letter (fig.2.2). 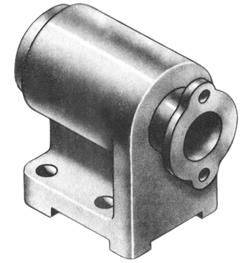 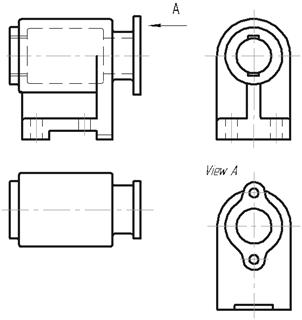 Besides basic, auxiliary and partial views are distinguished.

The partial view is the view of the limited part of an object or its separate element (fig.2.4). 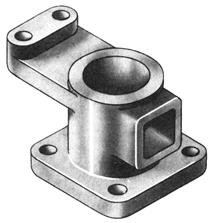 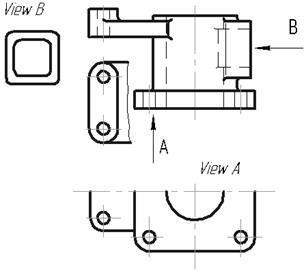 Partial views are made to show the form and sizes of a small element of the part, for example, a hole, a flange, ets. The partial view is made by projecting of the necessary element on one of the basic planes of projections. Partial views are placed on the field of drawing, without projectied connection with a basic image, but they are have to be nearer to the place of location and correspond to the position of element on the basic image. The partial view is limited on a drawing by a continuous wavy line or by lines of the contour of element. Partial views are marked in figure in the same way as the auxiliary ones. 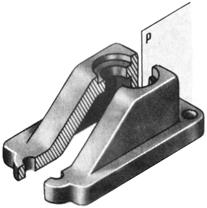 Thus, to get a sectional drawing, it is necessary:

· To make a cutting plane in the right place;

· To set aside the part of an object, placed between the observer and the cutting plane;

· To project the remaining, part on the proper plane of projections and depict on the place of one of the basic views or on the free field of the drawing;

· To design a sectional drawing, if it is necessary, with inscript.

It should be remembered that a sectional viewsis a conventional representation and the part of an object, placed between an observer and a cutting plane, is set aside too. A conventional cutting touches only this depiction and does not influence all the others. So, for example, a sectional views on the frontal plane of projections does not change a top view.

The sectional views are divided according to the followings features:

1. Accoding to the position of a cutting plane in relation to the horizontal plane of projections sectional views are divided into horizontal, vertical and inclined. 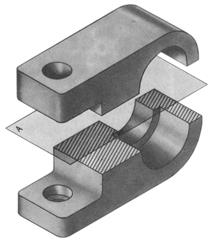 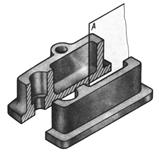 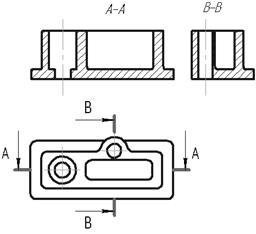 Sloping drawing is a sectional views which is formed by a cutting plane, which forms with the horizontal plane of projections a corner which differs from direct. These sectional views are used when an object has the inclined located elements (fig. 2.8). A sloping sectional views is designed on an auxiliary plane, parallel cutting, which is then combined with the plane of figure. It can be disposed at any place of the sheet both in direct projected connection and without it.

2. Depending on the position of cutting plane in relation to the basic measurings of object, sectional views can be divide into longitudinal and cross-sectional.

3. Depending on the amount of cutting planes, a sectional views can be divided into simple and complicated.

An offset section is a complicated sectional views which is formed by parallel cutting planes (fig.2.9). A sectional views is done, as though depictions which are contained on all of parallel planes are combined in one plane (without denotation of limits of each planes).

A complete sectional views is a depiction which exposes the internal structure of an object on all of section, that when a cutting plane cuts an object through.

A partial sectional view is name a depiction which exposes the internal structure of a part only in the limited, separate place. Partial sectional views are separated from the whole part by a continuous wavy line which must not coincide with the lines of contour (fig.2.11).

1. Position of cutting plane is specified the broken a secret line of a section. The initial and eventual strokes of a line of section must not cross the contour of the proper depiction.

2. On initial and eventual strokes it is needed to put pointers, indicative direction of look. Pointers must be inflicted in the distance 2...3 мм from the external end of stroke. At a complicated cut the strokes of the broken a secret line of a section conduct also at the bends of line of section.

Near pointers, indicative direction of look from exteriority of corner, formed a pointer and stroke of line of section, on a horizontal line inflict the uppercases of the Ukrainian alphabet. The letters should be in alphabetical order without reiterations.

3. A sectional views must be over the depiction according to the type «A — A» without underlining. 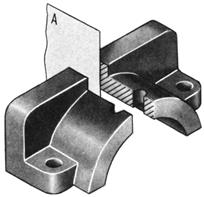 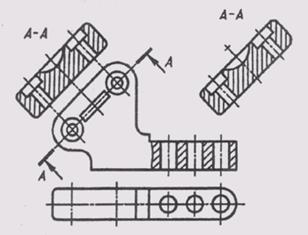 A part of the view and a part of the sectional views can be joined in one depiction of an object, dividing them with a wavy line (fig.2.18).

If we combine the half of view and half of sectional drawing, each of which is a figure symmetric, the ax of symmetry serves as a dividing them line. In fig. 2.19 four depictions of part are executed, thus on each of them the half of view is connected with the half of the proper sectional views . On a main view and left-side view a sectional views is disposed on the right of vertical ax by symmetries, and on top view and bottom view— on the right of vertical or from below from the horizontal ax of symmetry. 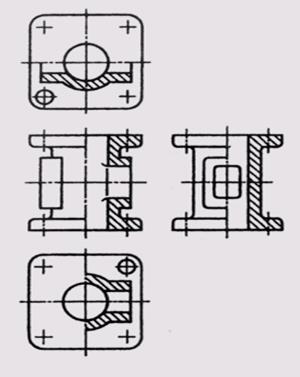 Figure 2.19 – Combining the half of view and half of sectional drawing

If the contour line of object coincides with the ax of symmetry (fig. 2.20), a border between a view and sectional views is specified a wavy line which is conducted so that to save the depiction of a rib. 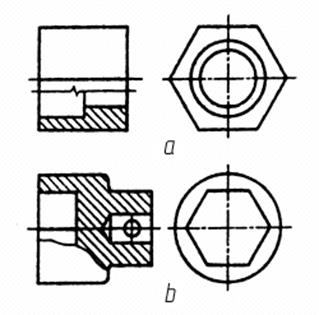 Figure 2.20 – Combining the half of view and half of sectional drawing

Shading of section figure, included in a sectional drawing, must be executed according to State Standard 2.306—68. Metals and their alloys designate in a section shading continuous striolas in thick from S/3 to S/2, which conduct parallell between itself under the corner of 45° to the lines of scope of drawing (fig. 2.21). The line of shading can bring slope to the left or to the right, but in a the same side on all of depictions of the same part. 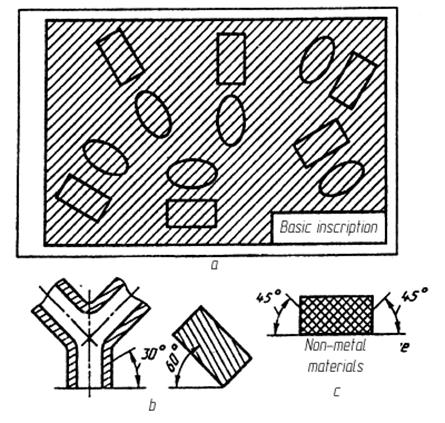 Except of views and sectional views, sections are often used on drawings. A section is the depiction in a figure, got at a mental section one or a few planes, on in case when on a drawing only that got in a cutting plane. A section differs from a sectional views that on its represent that directly gets in a cutting plane only. Sections enter in the complement of sectional drawing, but can exist and as independent depictions.

Sections, which are not in sectional views, divide into taken away (carried out separately from a basic image, fig.2.22, a) and imposed (placed on the image of object, fig.2.22, b).

It is necessary to give a preference sections taken away, which can be disposed in a sectional views between parts of the same depiction.

The contour of the taken away section is drawn continuous by mainlines, and imposed — continuous thin, thus the contour of basic depiction is not interrupted in the place of location of the imposed section .

Denotation of sections in general case likes denotation of sectional drawings, I.e. the position of a cutting plane is represented by lines sections, on which inflict pointers, givings direction of look and designated the identical uppercases of the Ukrainian alphabet. Inscription on a type «A — A» (fig. 2.23) execute above a section in this case. 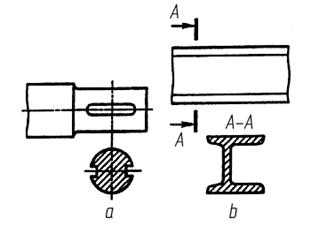 If a cutting plane passes through the through unround opening and section turns out consisting of separate independent parts, it is necessary to use sectional drawings, but not sections.