India is a natural wonder. It has got snow kept mountains, sandy deserts, fertile river plains, beautiful coasts and islands. The regions are called Northern Mountains, Indo-Gangetic Plains, Thar Desert, Central Plateau, Coastal Plains. The Himalayan mountain range is the highest in the world. Coniferous forests grow there. It is home to the yaks. The Northern plains are made up by three river basins: the Indus Basin, the Ganga Basin and the Brahmaputra Basin. These plains are very fertile. They are also called the Rice Bowl of India. The Thar Desert lies in the north-west. There are amazing Sand Dunes there. Because of lack of water cactus grows here. Camel is the main kind of transport. The Central plateau consists of some plateaus. This region is rich in rocks and minerals: iron, copper, aluminium, coal. India has the Arabian Sea in the west and the Bay of Bengal in the east. People living on the coast make their living by fishing

Political system of modern India is the Federal Republic, consisting of 25 states; each of them has its own legislative assembly and government. India is the second country after China for population. The population of India is 1.2 billion people.

National structure is very complex. Official language is Hindi – the language of the biggest Indian nation. Urbanization is 50%. 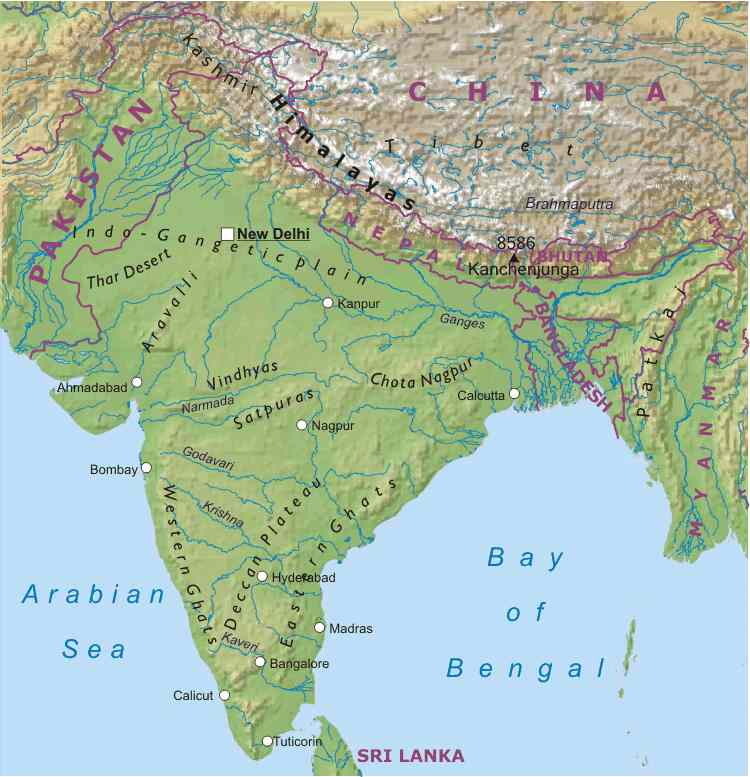 India is known as the ancient agricultural country. Nowadays in the agriculture it is produced about 1/5 of its GDP, and it supply with jobs 3/5 of the economically active people. This sector of India has strongly pronounced crop orientation. Plant cultivation – mainly labor intensive – gives more than 3/4 of all agricultural products, and about the same part of all sown area is under the food crops. Livestock sector, in spite of the biggest cattle stock, is developed weaker.

India - with a population of a billion and a quarter and an electorate of 814 million (2014) - is the world's largest democracy. The current constitution came into force on 26 January 1950 and advocates the trinity of justice, liberty and equality for all citizens. The Constitution of India is the longest written constitution of any sovereign country in the world. The head of state in India is the President. The head of the government is the Prime Minister who is appointed by the President on the nomination of the majority party in the lower house or Lok Sabha. 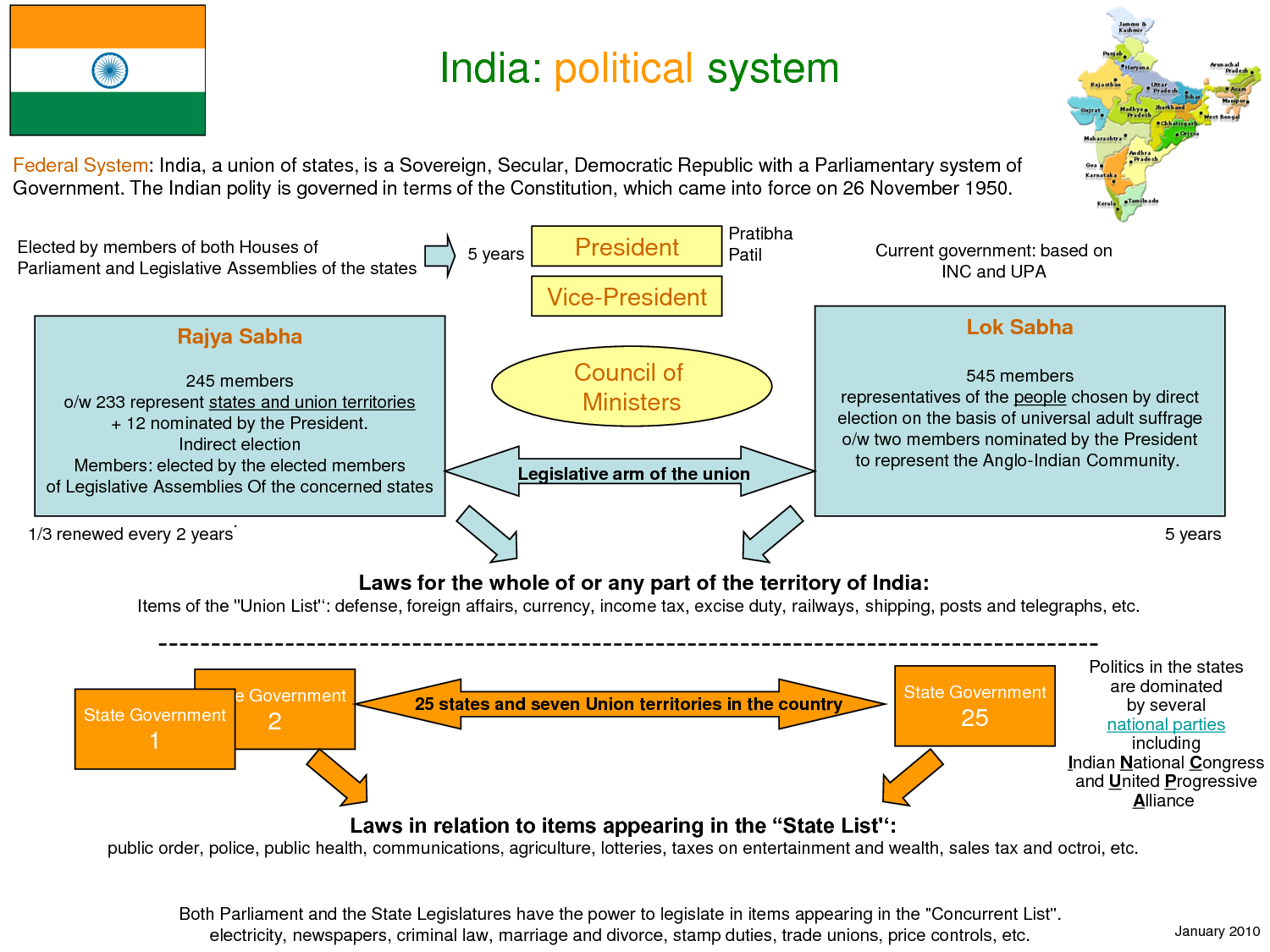