The UNION FLAG is so called because it embodies the emblems of three countries united under one Sovereign. It is colloquially known as the Union Jack. The flag is made up of three crosses. 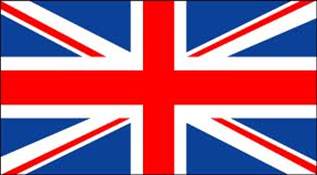 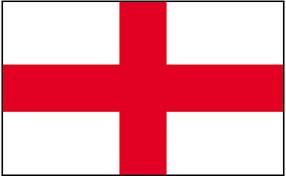 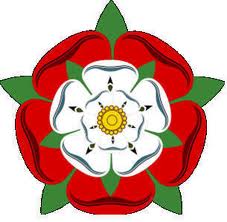 The red cross on a white background is the cross of Saint George, the patron

of England. St. George’s Day falls on 23 April and is regarded as England’s

national day. On this day some patriotic Englishmen wear a red rose pinned

to their jackets. The red rose has been the national emblem of England since

the time of the War of Roses (15th century). 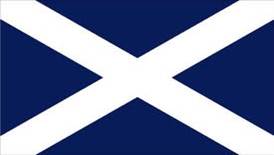 The white diagonal cross on a blue background is the cross of St. Andrew, the patron saint of Scotland. St. Andrew’s Day falls on the 30 November, is regarded as Scotland’s national day. On this day some Scotsmen wear a thistle in their buttonhole. The thistle is the national emblem of Scotland. This is how, according to an old legend, that homely plant came to be chosen as an emblem, in preference to any other.

In very ancient times the Norsemen once landed somewhere on the eastern coast of Scotland, with the intention of plundering the country. The Scots assembled with their arms and camped behind the river Tay. As they arrived late in the day, weary and tired after a long march, they rested not expecting the enemy before the next day.

The Norsemen, however, were near; noticing no guards were protecting the camp, they crossed the river Tay, intending to take the Scots by surprise and slaughter them in their sleep. To do this they took off their shoes so as to make least noise possible. But when one of the Norsemen stepped on a thistle, the sudden and sharp pain he felt made him shriek. The alarm was given in the Scot’s camp.

As an acknowledgementfor the timely and unexpected help from the thistle, the Scots took it as their national emblem. 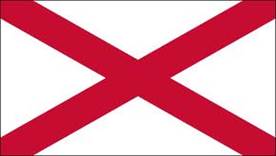 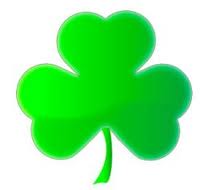 The red diagonal cross on a white background is the cross of St. Patrick, the patron saint of Ireland. St. Patrick’s Day (17 March) is considered as a national day in Northern Ireland and an official bank holiday there. The national emblem of Ireland is the shamrock. According to the legend, it was the plant bearing three leaves on one stem chosen by St. Patrick to illustrate the Christian doctrine of the Trinity to the Irish. 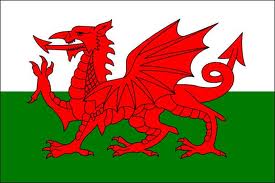 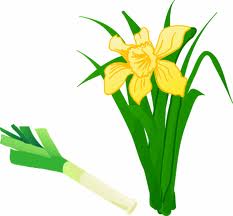 The Welsh flag, called the Welsh dragon, represents a red dragon on a white and green background. St. David’s Day (1 March) is the church festival of St. David, a 6th-century monk and bishop, the patron saint of Wales. On this day many Welshmen wear either a yellow daffodil or a leek pinned to their jackets, as both plants are traditionally regarded as national emblems of Wales.

The link between the leek and St. David is the belief that he is supposed to have lived for several years on bread and wild leeks. The daffodil became an alternativeto the leek as a Welsh emblem in the last century, because some thought the leek to be vulgar.

The Royal Standard or Royal Flag

In the official coat of arms the shield in its four quarters shows the three golden lions of England in the first and fourth, the red lion of Scotland in the second and the golden harp of Ireland in the third. The shield is surrounded by a garter and the motto on it (Honi soit qui mal y pense) means “Evil be to him who Evil thinks”. These symbolize the Order of the Garter, an ancient order of knighthood, of which the Queen is Sovereign. The shield with royal crown on its top is supported by the English lion and the Scottish unicorn. The motto across the bottom of the coat of arms (Dieu et mon Droit) means “God and my Right” and is the motto of the Sovereign. 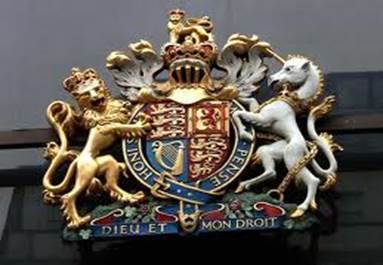 The national anthem “God Save the Queen” originated as a patriotic song in London, England, in 1745. Neither the author nor composer is known.

God Save the Queen

God save our gracious Queen!

God save the Queen!

Long reign over us,

God save the Queen! 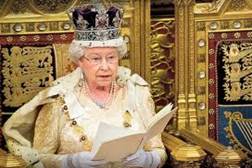 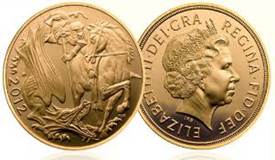 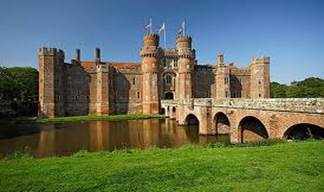 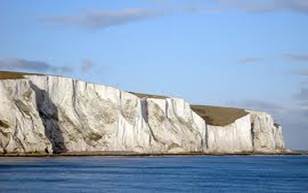 The United Kingdom of Great Britain and Northern Ireland is the official name of the country which is sometimes referred to as Great Britain or Britain after its biggest island, England after its major historic part.

The United Kingdom of Great Britain and Northern Ireland is situated off the west coast of Europe between the Atlantic Ocean in the north-west and the NorthSea in the east and is separated from the European continent by the EnglishChannel ( known also as La Manche), in its narrowest part, the Strait of Dover, is only 32 kilometres wide.

The UK is an island state; it is composed of some 5.500 islands, large and small.

The two main islands are Great Britain where England, Wales and Scotland are located and Ireland where Northern Ireland and the independent Irish Republic are situated. The islands are separated by the Irish Sea.

The biggest of the smaller islands are the Orkney and the Shetland Isles in the north. The north-west is fringed by the large island chain known as the Hebrides (the Outer Hebrides and the Inner Hebrides). The Isle of Wight is in the south. All these islands have administrative ties with the mainland, but the Isle of Man, in the Irish Sea, and the Channel Isles, between Great Britain and France, are largely self-governing and not part of the United Kingdom but the Crown dependences.

The UK is one of the world’s smallest countries; it is twice smaller than France, Spain or Ukraine with its total area of about 244.000 square kilometres. The distance from the southern coast to the extreme north of Scotland is less than 1000 km, and the widest part of Great Britain is less than 500 km. No place in Britain is more than 120 km from tidal water.

The prime meridian of 0 passes through the Old Observatory at Greenwich, near London.

The population of the UK is over 57 million people.

England is the southern and central part of Great Britain with the capital city London.

Scotland is in the north of the island Great Britain with the capital city Edinburgh.

Wales is in the west. The capital of Wales is Cardiff.

London is also the capital of the whole country. 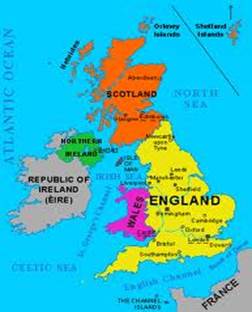 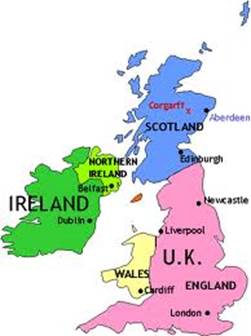 Great Britain has a very good geographical position as it lies on the crossways of the sea routes from Europe to other parts of the world.

Geographical position of the country creates favourable conditions for the development of shipping, trade and economy as a whole. 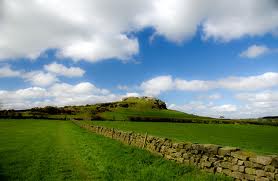 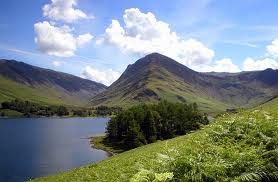