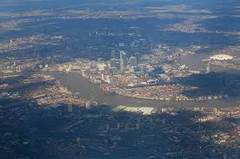 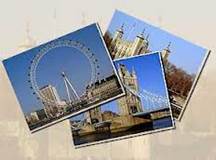 London is one of the world’s great cities. Older than Amsterdam, Berlin, Moscow, it has been taking shape for 2.000 years.

The Roman legions of Emperor Claudius (AD 46), looking for a place to cross the River Thames, built a bridge and settled on the north bank close to the site of present-day London Bridge. London began life as a Roman fortification. It was named Londinium (from Celtic “londin”-wild, bold). The fort rapidly developed into a flourishing port and trading post. 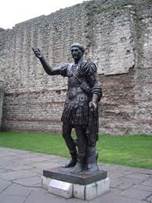 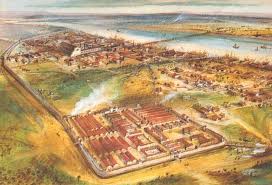 The remains of the Roman wall Londinium in Roman times

The statue of a Roman general

Londinium was surrounded with a defensive wall of stone and brick which lasted for many centuries. Inside the Roman wall low houses were built with bright red tiled roofs. There were probably temples, bath houses, shops and market stalls there. This area grew to a square mile, and is known as the City of London. It is the oldest and the smallest of the 33 administrative districts that make up today’s metropolis and, paradoxically, the most modern to look at. Parts of the wall that enclosed the Roman city are still visible beside towering 20th-century concrete and glass structures.

After the Romans left in AD 410, the town declined. The Anglo-Saxons who settled in the region were farmers living in small communities. But, by AD 800, London had become a bustling trade centre again.

During the long period of peace which followed the Norman Conquest of 1066 people started to build outside the walls.

The Black Death, halving the population of the city in 1348, and the Great Plague of 1665 are only the most extreme examples of frequent epidemics that swept the city.

In 1666 the Great Fire of London ended the plague, but it also destroyed much of the city. A new city rose from ashes. A new law was passed requiring new structures to be stone, and the entire character of the City was changed. 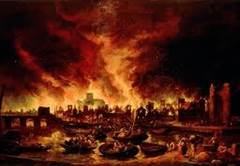 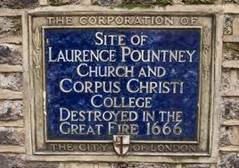 Today London is the capital of Great Britain, Northern Ireland, the centre of the Commonwealth, and also the seat of the Royal Family, an Anglican Bishop, the Parliament, the high courts, the major administrative bodies and scientific institutions.

Today the metropolis of Great London covers 610 square miles and has about 9 million people. One of its distinctive features is that it has a number of centres: the financial and business centre is called the City, the government centre, royal and political heart of London are in Westminster, the shopping and entertainment centre is in the West End.

In this historic city the modern rubs shoulders with the old, the great and small live side by side in mutualtolerance and respect.

London has a fascinating history and the past is always present even though the city has changed greatly over the centuries. Evidence of earlier days breaks through, sometimes hidden behind modern buildings. Seek it out and know that restoration and renovation keep the London of yesterday alive for tomorrow.