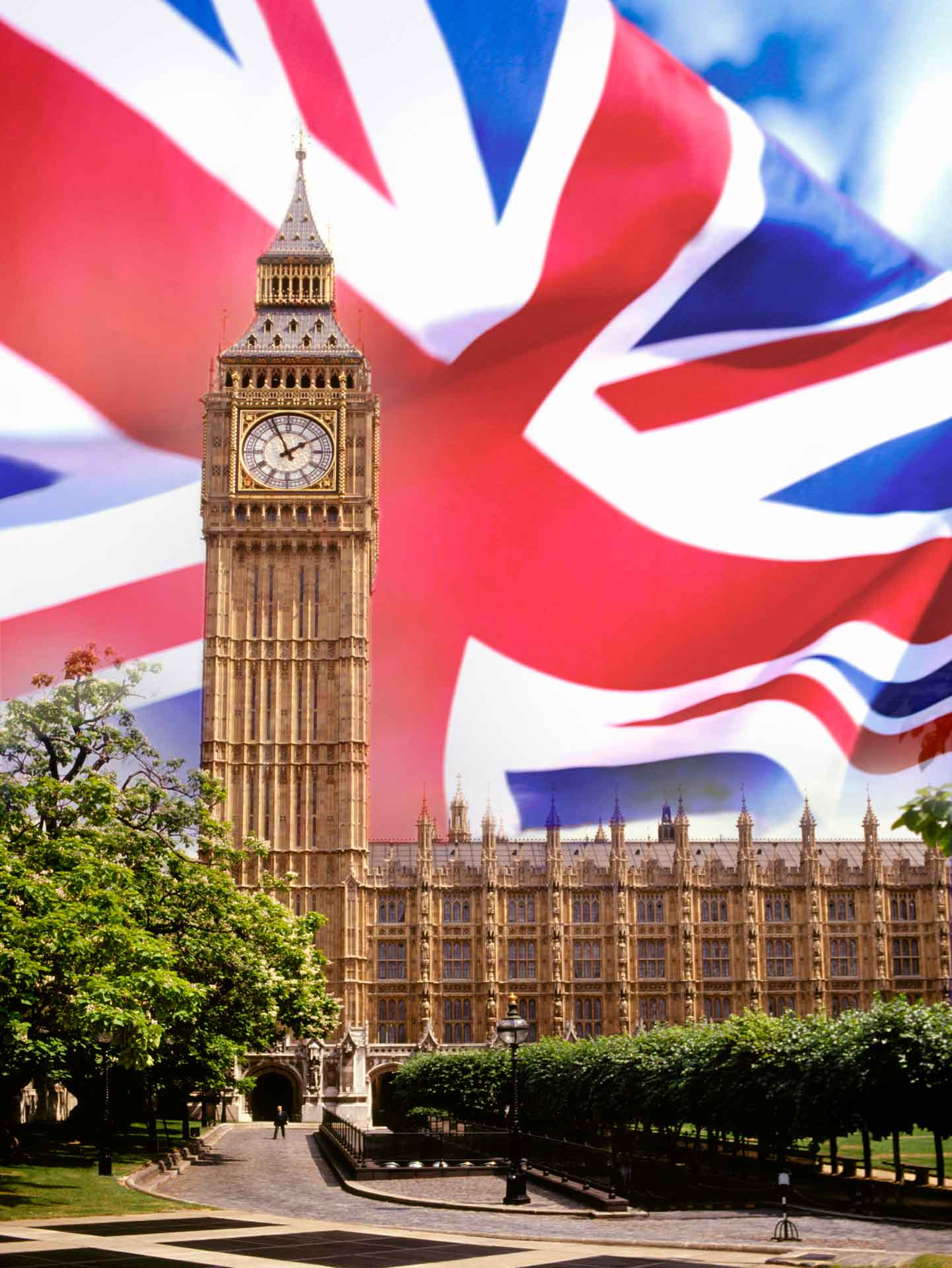 The National Health Service (English National Health Service -. NHS) is the common name for the four public health systems in the United Kingdom. The system is mainly financed by general tax revenues, not the health insurance system. Health Services provides a wide range of medical services, the vast majority of which are free for residents of the UK. Travellers from the EU, EEA and Switzerland in the event of an emergency are also entitled to free medical care.

- The National Health Service in England.

- The National Health Service in Scotland.

- The National Health Service for Wales.

Each of the four systems work independently of each other, and the political responsibility for her work bears the government of the administrative and political parts of the UK, on ​​the territory of which the health service.

Almost no one argues with the fact that the British National Health Service (NHS) is facing serious challenges, and almost none of the serious experts advocating nationalization of medicine, does not consider it as a model. However, in the film Moore's "Sicko" is Britain is an example as to the operational state of health care system of the country, so it makes sense to describe it in detail.

The Soviet medical literature in the recent past, said: "The United Kingdom - the only country in the capitalist world in which, thanks to the long struggle of the working people, managed to create a public health system." It is not surprising that the need to reform our health care system adopted was taken as one of the landmarks of the UK experience with its public health system, a system of "family medicine" and others.

British NHS is a highly centralized version of the system based on the principle of single payer. The government directly pays for their medical treatment and health care funded from general tax revenues. Except for a small share in the payment of prescription drugs, dental care and vision care services pottrebitel not incur any expenses for medical activities. Unlike many other systems, it is also built on the principle of a single-payer, for example, Norwegian and Canadian, the majority of doctors and other health workers in the UK are public servants.

To date, every Briton has access to high-quality health care, which is financed through progressive taxation, ie everyone pays according to their means and the patient receives services accordingly need. It is interesting that even now the British Labour Party still considers the creation of NHS his most outstanding achievement (National Health Service was created July 5, 1945)

British NHS has become the world's first government organization that provides free universal health care. In modern conditions of work time-tested system it is still successful, but its stability, many analysts raising concerns. Globalization and the increased cost of medicine has led to serious structural problems, particularly the need to expectations even some urgent interventions (put "Waiting List"). In the European scientific periodicals are increasing reports about the decline of standards of treatment in some hospitals in the United Kingdom.

"Waiting list" - is a serious problem. At the present time for their turn to go to one of the NHS hospitals are expected to 750,000 Britons. At the same time periods such expectations can not be considered insignificant, and it is fraught with considerable risk to patient health. So, according to some estimates, cancer patients often have to wait until the start of treatment eight months. Such delays are often so great that almost 20% of patients with rectal cancer whose disease at diagnosis was defined as a treatable, to the top of the actual therapeutic measures are already incurable. In some cases, to the hospital is not spent funds allocated to them too fast, without fail introduced minimum waiting times. This is due to fears that patients will flock to the most efficient hospitals or medical facilities in those where the shorter queue. Thus, high-Suffolk Hospital East was ordered to officially enter a period of 122 days before taking the patient to the hospital under the threat of funding cuts.

For the distribution of a variety of medical services in the United Kingdom made their division into primary and secondary. Both service groups have corresponding local NHS units, the so-called trusts (NHS trusts), directly subordinated to the regional strategic management zdravoohraneniya.Pervichnoe Health provides routine medical care provided in the offices of general practitioners, outpatient surgery, dental and ophthalmic offices. Secondary considered specialized medical services in hospitals, outpatient clinics, as well as the work of psychologists and psihiatrov.V depending on the scope of all the trusts of the health system are divided into several groups, the main of which are the primary care trusts, engaged in the provision of primary health care and public health organization.

Many Russian doctors already know that in many developed countries, the diagnosis and treatment of virtually all diseases is carried out by so-called protocols. In this case, a more appropriate term for such documents to be the phrase "clinical guidelines" .In England and Wales, the development and publication of clinical guidelines by the National Institute for Clinical Excellence (The National Institute for Clinical Excellence-NICE). These documents relate to specific diseases, drugs, medical devices, and technology management and treatment of certain disease states. All NHS hospitals must take into account the recommendations and build on its internal algorithms. As mentioned above, private clinics are not required to follow such instructions, but, nevertheless, many commercial establishments claim them as internal standards of "best practice".

NHS peculiarity that distinguishes this organization from other public health systems, is that the NHS not only directly covers the cost of medical services, but also employs a great number of doctors and nurses who provide these services. Almost all senior and middle-level medical personnel working in the clinic - it is NHS staff. On the other hand, general practitioners, dentists and ophthalmologists have their offices or rooms and carry out orders of the state. All these professionals have the right to work separately or together, to be the owners of surgical or therapeutic clinics, as well as hire staff, including other doctors. Nevertheless NHS sometimes still have to provide certain centralized regions of medical staff in case separately practitioners is not enough.

The private health sector in the UK is much less than the NHS and does not have such a variety of uchrezhdeniy.S the other hand, all available private health service - a mirror image of the government dispensaries, clinics, offices of specialists, but without requiring compliance with national clinical guidelines and strategic plans of the Department of Health. Consequently, businesses do not have a responsibility for the health of the local population. In addition to all of the above non-state forms of health care provision are widespread private practice of general practitioners, working in parallel in the NHS. The increasing popularity in the United Kingdom acquires private health insurance, developed many types of insurance policies for all population groups. Many employers introduce commercial insurance in the social package or offer as a component of the salary.

What is the salary of doctors in the United States and the ECB.

American doctors - real kings. In the ranking of "Forbes" the Top 10 highest paid professions first nine seats occupied by doctors. At least prestigious ranking PayScale website in the top ten most profitable professions, doctors occupy eight seats. And in fact, and in another ranking of the most highly paid professions in the US - a surgeon and an anesthetist, earning $ 16 - 17 thousand per month: -. The lowest-paid medical specialties in the United States - family doctors ($ 14.5 thousand per month.), Pediatricians (. $ 15 thousand), therapists (. $ 15.9 thousand); - upscale doctors earn much more: orthopedic surgeons to $ 43 thousand per month, urologists - up to $ 33 thousand.

What are doctors in the United States, in addition to the salary

• benefits for payment of health insurance;

• fees for the publication of scientific papers, participation in conferences.

One in four American doctor was educated outside the United States. Contrary to the myth that the Medical University of CIS diplomas are not listed in the United States, US law recognizes the diplomas of all member countries of the World Health Organization, only needs to be tested, confirming the qualification of doctors and knowledge of English yazyka.V EU countries the medical profession - a respected and well well-paid. In the UK, for example, primary care physicians is getting more than the Prime Minister. However, you must make a footnote that the wages of doctors within the EU varies widely - between the & quot; old & quot; community members and has recently entered into it (countries of Eastern Europe, the Balkans).

According to Rosstat, the minimum wage in Russia today is 13.2 thousand. Rub. (Against the average salary in the country 18.3 thousand rubles, and in Moscow - 35,6 thousand rubles....); - Despite the annual output of medical universities tens of thousands of doctors, there is a great shortage of doctors in the country - about 30%. Doctors en masse in other areas or re-classified to pharmacists - private medicine, where doctors salaries can be much higher than in the public hospitals, not widespread in Russia and serves a narrow layer of the population.