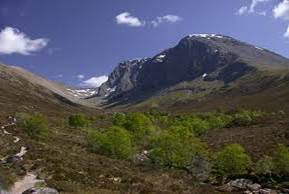 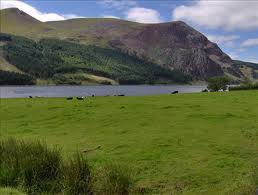 There are no high mountains in the British Isles.

There is a fundamental contrast between the generally high relief of western and northern Britain and the lowland areas of the south and east. The oldest rocks appear in the highland regions and the youngest in the lowland regions.

In England the most important range of mountains is the Pennine Range, known as “the backbone of England”. The whole range forms a large table-land, the highest point of which is Cross Fell (983m).

Across the north end of the Pennine Range there are the grassy Cheviot Hills. The highest point is Cheviot(816m) which is near the Scottish border. The Cheviot Hills serve as a natural borderland between England and Scotland.

In north-west England there are the Cumbrian mountains. These mountains form rings round the peaks. The valleys which separate the various mountains from each other contain some blue lakes. This is the celebrate Lake District, where the famous poets Wordsworth, Coleridge lived and worked.

Wales consists of a complex of mountain ranges, representing high plateaus with old hard rocks. They are called the Cambrian Mountains. They include Wale’s highest point, Mount Snowdon (1.085m). The pride of Wales is a national park Snowdonia which is in the picturesque region of the high mountains in the north of Wales.

Scotland has three distinct regions: the Northern Highlands, the Central Lowlands and the Southern Uplands. 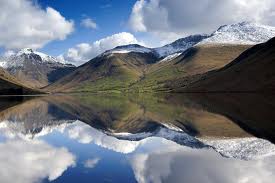 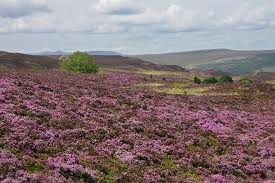 The Lake District Heather moors in the Highlands

The Scottish Highlands are separated into two parts by the Great Glen. To the south there are the Grampians, which are generally higher than the north-west Highlands and contain the highest peak in the British Isles Ben Nevis (1.347m). 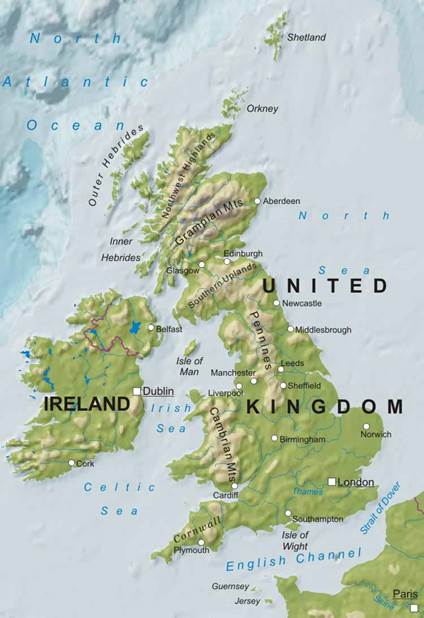 In Ireland much of the land is low but there are green hills and low mountains. If one asks an Irishman away from home what he misses most about Ireland, he will probably tell you “the greenness”. Irish poets call Ireland “the Emerald Isle”. The winds usually blow in from the Atlantic Ocean and make the air and soil warm and damp. Grass grows well in such a climate and it makes the island look so beautiful. 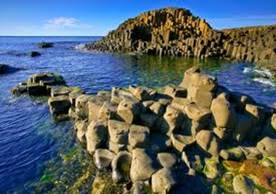 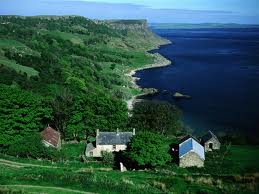 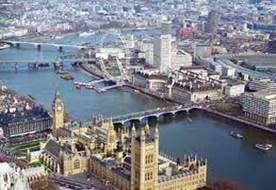 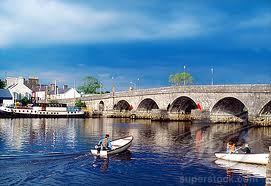 The Thames The Shannon

There is a wide network of rivers in the British Isle but they are not very long. Mild climate keeps them free of ice throughout the winter months.

In the Middle Ages river transport played a major role in the British internal transport system, and all the large towns of that time were situated on navigable rivers.

The chief river of Great Britain, the Severn, is 390 kilometres long. It flows south-west into the Irish Sea along the border between England and Wales.

There are a lot of rivers in Scotland. Many of them, such as the Tweed, the Dee, the Forth, flow directly to the North Sea. Scotland’s longest river, the River Tay, about 170km long, also follows this course.

The longest river in Ireland is the River Shannon. It is 384km long. It flows south-west into the Irish Sea along the border.

There are many beautiful lakes in Great Britain. The biggest loch (“lake” in Scottish) in Scotland is Loch Lomond, covering a surface area of 70 square kilometers. The longest lake is Loch Ness (56 square km) which also has the greatest volume of water, due to its depth (230m). This lake is said to be the home of a monster.

In the early nineteenth century the locks were joined to form the Caledonian Canal which united 29 lochs and was almost 100km in total length.

In England the largest lake is Lake Windermere (the Lake District) with a surface area of 15 square km. 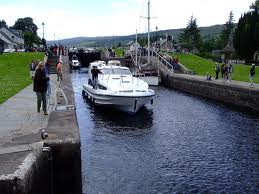 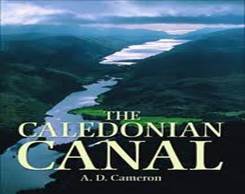 The largest fresh water lake in the British Isles is Lough Neagh which is situated in Northern Ireland (381 square km). 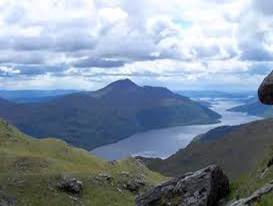 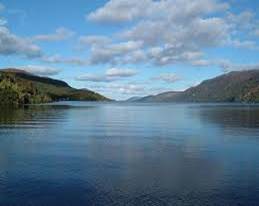 No part of Great Britain lies more than one hundred miles from the coast. The coastline is broken and has a few bays and excellent natural harbours. Internationally famous ports include London, Bristol, Southampton, Dover and others.