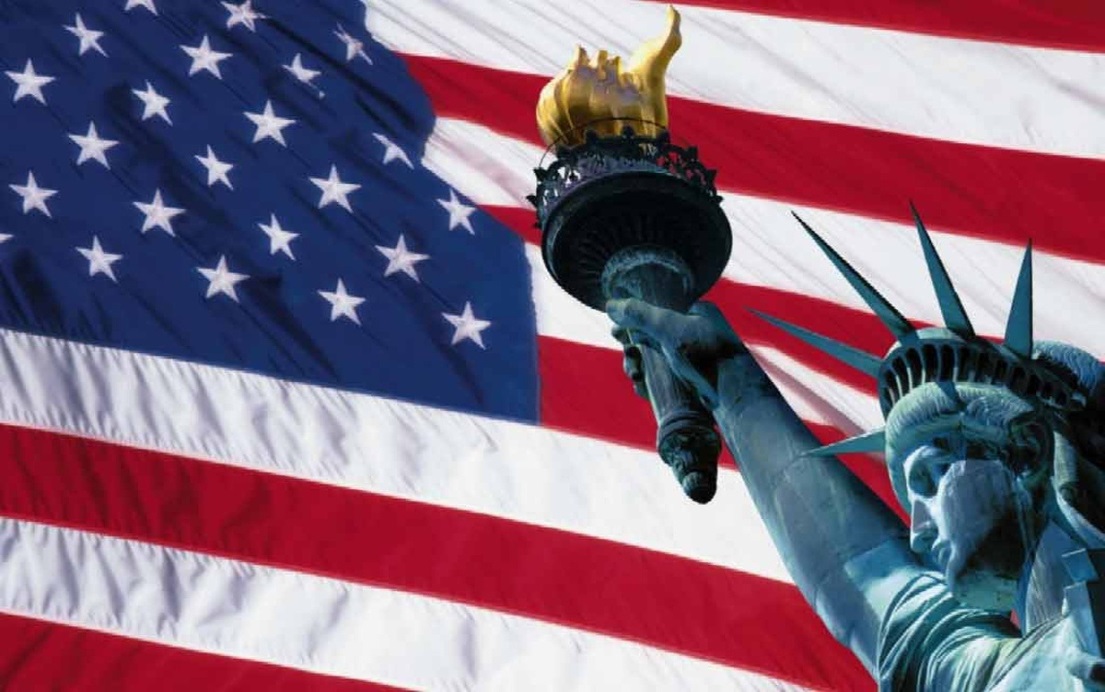 The health care system in the United States leads the world in terms of the scale of it concentrated in resources. The number of people employed in the industry - more than 10 million people. As the costs of US healthcare ranks first in the world - both in absolute terms (2.26 trillion US dollars, or 7,439 dollars per person), and as a percentage of GDP (16%). And, according to forecasts, by 2015 the cost will rise to $ 4 trillion, or 12 000 dollars per inhabitant.

The United States leads the world in terms of performance and research. Health care in the United States provided the most advanced medical equipment, medicines and supplies. Today, most of the Nobel prizes in medicine get representatives of the US - 18 of the last 25 laureates were US citizens or the invited scientists. Americans account for half of all created in the last 20 years of medical preparations. According to the level of their income American doctors are much superior to their counterparts from other countries. According to public health experts, university professors Victor Rodvina NYU, "Doctors from other countries dream of coming to America and get rich." In American medicine works well-established system of quality control services, patient rights and its relationship with the doctor regulates a serious legal base. In the case of medical errors to the patient is provided with the special advocates to help achieve major tangible compensation.

According to the WHO Research for 2000, the United States has the most stable medical system able to react quickly to changing conditions. Also, America is a leader in privacy and respect for the patient, according to the timeliness of care and patient satisfaction needs.

While at the same time the United States took only 37th place in terms of medical care, and 72 th in the general level of health.

According to a survey of the Center for Disease Control National Center for Health Statistics, held in 2006, 66% of respondents rated their health as "excellent" or "very good."

According to the CIA World Factbook, America is on the 41 th place in the world in terms of infant mortality rate (the worst figure among developed countries) and on the 45th - the duration of life.

United States - the only industrialized nation that does not guarantee its citizens universal and inclusive health insurance system [9]. Despite the impressive gains of the American health care system and health care, millions of Americans are not available, due to the extreme cost of growth. The US Census Bureau released data according to which had no health insurance in 2009, 50.7 million inhabitants (including 9,900,000 non-nationals), or 16.7% of the population. More 30% of health care is provided in an incomplete volume. According to the Institute of Medicine report, published in 2004, the lack of health insurance is responsible for approximately 18,000 deaths annually. For similar studies from Harvard (2009), the figure of 44 800 additional deaths.

The structure of the health system

Responsibility for the health of the nation bears the United States Department of Health and Human Services, headed by Secretary (minister), who reports directly to the president. The Ministry consists of 10 officials in the regions ( "Directors"). It should be noted that in the United States Department of Health plays a very modest role in connection with a minor proportion of state involvement in the industry.

Among the main objectives - control of the medical system and the implementation of social programs, monitoring of medical science, monitoring and report to the authorities in the field of health situation, well-being and welfare of the population.

Directly involved in the decision of medical problems following units within the Ministry - Service of Public Health and the Office of health care financing. In addition to the Ministry of Health, part of the health care functions are special units of the Ministry of Labor, the Environmental Protection Agency and other government departments.

US Healthcare operates at the following levels:

family medicine - doctors perform a general inspection of the patients, if necessary, directing them to a narrower specialist.

hospital care - is central to the health system, although in recent years its value decreased and displaced activity clinics, ambulance and nursing homes. Hospitals are divided into commercial and non-commercial and structure are similar to Russian hospitals.

The health system is composed of numerous services which differ according to the type of financing, and functions, among which:

- The complex inpatient care - the provision of long-term, highly skilled and technically complicated treatment in the hospital.

- The US health care system is pluralistic in nature, which is reflected in the absence of a single centralized control and many types of medical facilities. But everything agencies provide medical services only charge. For some categories of citizens, which are treated free of charge, the costs are compensated by the State or special funds.

Hospitals in the US are divided into three types:

state - funding and staffing is conducted by the federal government. They provide services for veterans, invalids, civil servants, people with TB and mental illness.

lucrative private (commercial) (up to 30% of all hospitals) - is a typical business enterprise, forming their capital to individual, group and joint-stock basis.

private "non-profit" - created at the initiative of religious or ethnic groups or local residents, they account for 70% of total final fund [15] The main difference from the previous type is that the proceeds are not shareholders in the form of dividends. and invested in the hospital, which increases the quality of service, technical equipment, and so on. d. The state supports such activities in the form of preferential tax treatment. Despite the "non-profit" status of the institution, treatment, as well as in the commercial hospital stays paid. The popularity of such status of hospitals can be attributed to the desire to avoid paying taxes.

The country has 1100 teaching hospitals. 375 large institutions belongs to the Council of the hospital training at the Association of American Medical Colleges (Eng. Association of American Medical Colleges' Council of Teaching Hospitals and Health Systems (COTH)). On COTH hospitals accounted for approximately 40% of charity hospital in the country.

At a rally against the reform.

A participant of a rally in support of the reform.

Main article: Health care reform and the protection of patients in the US

Health care reform in the United States (Eng.) was initiated assumed office in 2009, US President Barack Obama. This is the first attempt to reform the US health system since the 1960's. When President Johnson government programs Medicare and the Medicaid were created, to help pensioners and the poor. The current reform in 1993 tried to hold, though unsuccessfully, to command Democratic administration of Bill Clinton.

Over the last 30 years in America disproportionately increased health care costs, although the objective prerequisites of improving the quality of service was not. During the first decade of the XXI century, the cost of insurance per employee soared more than doubled. Much of the population remains uninsured, and the proportion of such people is growing. The insurance market provided employers, highly monopolized, which hinders the mobility of labor and creates conditions for discrimination of patients both before and after the conclusion of the insurance contract, including a refusal to pay. The ever-growing cost of Medicare and Medicaid is one of the reasons of limiting the US budget deficit.

The current medical system is different Undecided interaction of public and private sectors. Despite the fact that the state allocates huge sums in the industry, it has no effective levers of control over the prices and cost of services and drugs.

As a result, almost completely given into the hands of private medicine and meets at American ideals, in fact, turns out to be prohibitively expensive.

March 21, 2010 the US Congress approved health care reform; it was part of the provisions of the 2012 Supreme Court deemed unconstitutional (en: National Federation of Independent Business v Sebelius.).

The aim of the authors of the reform were the creation of a universal healthcare system that is designed to cover 50 million currently uninsured people. The reform aims to improve the conditions of health insurance citizens already have a policy [51]. Exchanges will be established for insurers, due to which it will be possible to get a policy for those who are unable to obtain insurance from an employer. For the premiums in this case will set a "ceiling" in 3-9,5% of the client's income. [4] Private insurance companies will be deprived of the right to refuse to purchase insurance already sick people. Citizens will be able to buy insurance without the help of employers in the specially created for this venue. You will see administrative liability in respect of persons who refuse to acquire and companies that refuse to sell policies. Beginning in 2014, these penalties for the citizens will be $ 95 or 1% of revenue, and gradually increase to $ 695 or 2% of revenue. elderly citizens supply system necessary medicines will be improved.

As a result, insurance coverage will cover 95% of the population (compared with 84% today).

Signature on the original law.

US President Barack Obama signed the law on the reform of the health system ( «The Patient Protection and Affordable Care Act» - PPACA).

It is also expected that the reform will create new 400 thousand. Jobs. It will be possible to reduce the cost of the individual patient and to invest more money in medicine.

There will be also new taxes for the wealthy citizens and the pharmaceutical companies - in the amount of $ 409.2 billion by 2019. The reform is planned within the next 10 years to reduce the budget deficit by $ 138 billion and another $ 1.2 trillion. - In the next decade. According to the authors of the bill, the effectiveness of the system as a whole will increase. Only by reducing the administrative costs for insurance companies will be able to free up 286 billion dollars.

The program is designed for 10 years and will cost the US budget of 940 billion dollars. "Stretched" nature of the reform will allow patients, market participants and the economy as a whole to adapt to it.

Reform Opponents argue that the reform violates the freedom of choice of each individual, increases costs and taxes. In addition, doubt the very possibility of universal access to timely treatment - in the UK and Canada, citizens have a lot of time in queues to get advice from a specialist doctor. Due to the decrease in profitability will decrease investments in medical science, new technology and drugs.

Modern world is full of crises, stresses, unexpected event, catastrophes and many other troubles. People must take care about their health. My report is devoted to the problems of people nowadays and ways of prevention and treatment of dangerous diseases. The activities of such famous world medical organizations in Great Britain and USA is also described here.