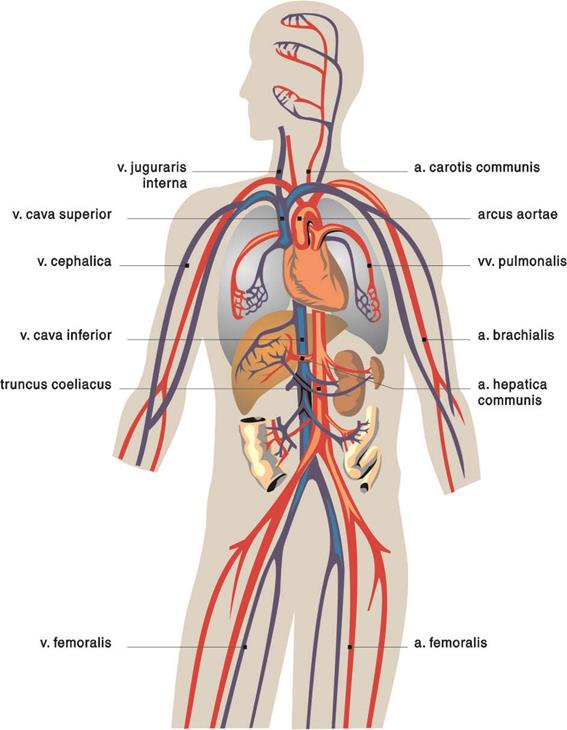 The respiratory system is divided into two parts: the upper respiratory tract and the lower respiratory tract. The following are the organs of the upper respiratory tract:
► Nose - It is the entrance of the respiratory tract and helps in allowing air to flow in and out. It humidifies, warms, and filters the air that comes in.
► Pharynx (throat) - It is located at the back of the mouth, and connects the mouth to the esophagus. It is a passage for air and food.
► Larynx - It is present at the top of trachea and contains vocal cords. It is also known as the voice box. It helps in controlling breathing and swallowing.
► Trachea (windpipe) - It is a tube like structure that helps in passing air from larynx to bronchi. It also warms the air and prevents foreign bodies from entering lungs. 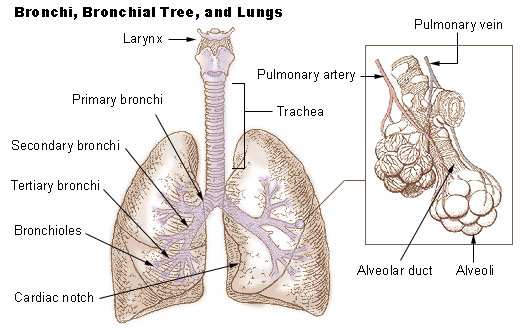 The following are the organs of the Lower Respiratory Tract:

Lungs are the organs of human body where gaseous exchange take place. Human beings have two lungs known as the right and left lungs. Lungs are soft, spongy and very elastic.

► Bronchi - These are the airways of the lungs diverging from the trachea. They carry air in and out of the lungs.
► Bronchioles - These are branches of the bronchi that conduct air into the lungs. They perform the same function as the bronchi.
► Alveoli - These are sacs in the lungs and contain elastic fibers. The exchange of carbon dioxide and oxygen occurs here.
Functions of Respiratory System:

Digestive system is the food processing system of human body. The whole digestive system is in the form of a long, hollow, twisted and turned tube, called the alimentary canal, which starts from the oral cavity and ends at the anus. The overall process of digestion and absorption of food occurs in this tube. 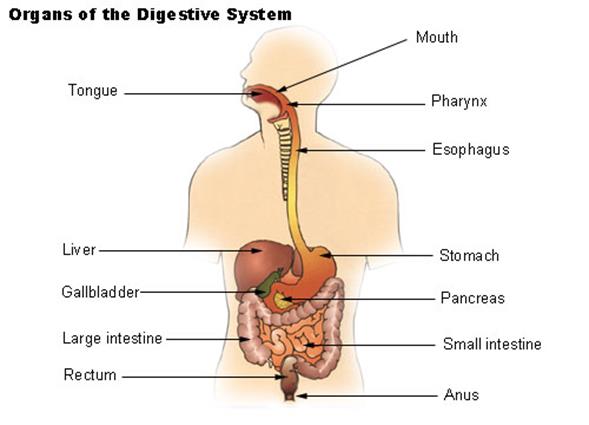 The process of digestion starts in the upper gastrointestinal tract which comprises the mouth, esophagus and the stomach.

Mouth is the first organ that begins the digestion process and it breaks down the food.

The stomach is the organ that receives the ingested food from the esophagus and mixes it with gastric juices to further break it down.

The large intestine is a highly specialized organ of the digestive system. Its main function is to absorb the remaining water from the indigestible food matter and pass unwanted waste matter from the body.

The human body has some very important organs in the digestive system which can be classified as the auxiliary organs.

The gallbladder stores bile that has been produced by the liver.

The liver is one of the most important organs of the human body. The liver basically performs the task of producing digestive juices, biochemicals and also helps in protein synthesis.

The pancreas secretes enzymes into the duodenum which breaks down the fats, carbohydrates and protein. Another important function of the pancreas is to make insulin that is the chief hormone for metabolizing sugar.

The mouth contains three basic organs - the salivary glands, tongue and the teeth.

Salivary glands: When the mouth receives food, salivary glands secrete saliva, which produces an enzyme that breaks down food. The saliva also contains some properties which kills some of the bacteria.

Tonguehelps in the chewing and swallowing process which is also known as deglutition. The tongue guides the food and keeps it between the upper and lower teeth.

Teeth start chewing and breaking food into smaller pieces. Though, the teeth do not play an active role in the chemical simplification of the food, chewing makes it easier for other organs to break down food and absorb nutrients.

Urinary system is also known as excretory system of human body. It is the system of production, storage and elimination of urine. Urine is a liquid produced by the kidneys, collected in the bladder and excreted through the urethra. Urine is used to extract excess minerals or vitamins as well as blood corpuscles from the body. Formation and elimination of urine is important for human body because urine contains nitrogenous wastes of the body that must be eliminated to maintain homeostasis. Nitrogenous wastes are formed by metabolic activities in the cells. Urinary system is important for keeping the internal environment of the body clean. Human urinary system consists of two kidneys, two ureters, a urinary bladder, a urethra and sphincter muscles. 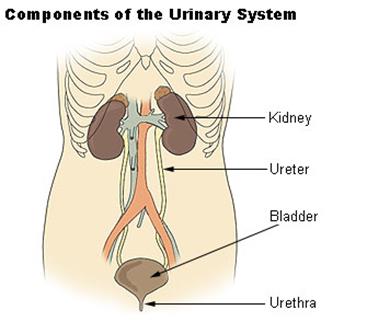 The kidneys are the main organs of homeostasis because they maintain the acid base balance and the water salt balance of the blood. Kidneys are the major organs of urinary system. Formation of urine takes place in kidneys which are two bean shaped organs lying on the left and the right side of the body, just below the ribs. They acts as the filtration system of the body and clean the blood of the toxic materials. Kidneys play a vital role in the regulation of the blood pressure. They do this by eliminating water from the blood or by conserving it. They regulate the pH of the blood.
They also regulate the number of different elements such as Na+, etc., in the blood. They secrete erythropoietin, a hormone, which stimulates the production of red-blood cells. They manufacture vitamin D. They filter blood and separate toxic substances such as bilirubin, ammonia, and creatinine. They also filter and separate chemicals that are not indigenous to the body, such as pharmaceutical drugs, and toxic substances such as lead and mercury.

URETERS: These are muscular tubes extending from the kidneys to the urinary bladder. Urine, which from kidney, is transported by ureters to the bladder where it is stored before being excreted in the process of micturition or urination.

Urinary Bladder collects urine before it is excreted from the body. Urinary bladder is a hollow muscular and elastic organ sitting on the pelvic floor. The bladder stores as much as 2 cups of urine. The longitudinal muscles of the bladder contract to expel the urine out.
Urethra is a tube that connects the urinary bladder to the external genitalia for elimination from the body. The urethra is responsible for the actual passage of urine out of the body.

The connection between the urethra and the bladder is guarded by an internal-urethral sphincter (a circular band of smooth muscles). This band of muscles do not allow the urine to leak out of the bladder. There are two sphincter muscles which control the elimination of urine from human body. The external of the two muscles is under voluntary control of the body. When it receives a message from the brain, it relaxes its grip and lets the urine flow out of the body during the process of urination.

Renal arteries come from Aorta and are for supplying the kidneys with blood.

Renal veins go into Inferior Vena Cava and are for taking blood away from the kidneys.

1. The main function of urinary system is formation and elimination of urine. Urine is formed by the kidneys in 3 steps; 1) Glomerular Filtration, 2)Tubular reabsorption, and 3)Tubular secretion.

2. Kidneys are important osmoregulatory organs of human body. They maintain salt and water balance of the body. If the concentration of salt or water is increased above normal, kidney will excrete the excess amount. If the concentration is decreased, kidneys will reduce the loss of water and salts in urine.

3. Kidneys are important regulators of pH of body fluids. Kidneys keep the pH balanced within a very small range and provide an optimum environment for all processes of life.

4. The human urinary system functions in the elimination of urine which contains:

1. Nitrogenous wastes which include ammonia, urea and uric acid.

2. Salt concentrations in body fluids which include Mg, K, and Na

3. Excessive water in the body in a process called osmoregulation.