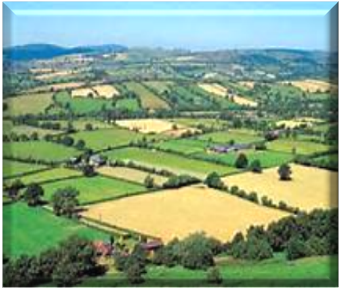 (A) Although Britain is a densely populated, industrialized country, agriculture is one of Britain’s most important industries and is spread over much of the country. It produces nearly two-thirds of Britain's food requirements. British agriculture is famous for its high level of efficiency and productivity as it is based on modern technology and research.

Over three-quarters of the land area is used for agriculture. Soils vary from the poor ones of highland Britain to the rich fertile soils in the eastern and south-eastern parts of England. The climate and rainfall usually allow a long productive growing season. However, weather conditions can sometimes create problems for farmers, particularly when a drought situation occurs, or when there is too much rain and too little sunshine at ripening time.

Britain is self-sufficient in milk, eggs, to a very extent in meat, potatoes, wheat. However, it needs to import butter, cheese, sugar and some other agricultural products. 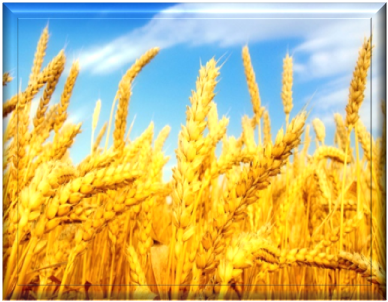 The most widespread arable crops grown in Britain together with other minor cereals and root crops are wheat, barley and oats. Climate is the chief factor limiting the successful cultivation of cereal crops, especially of wheat. Therefore the farms devoted mostly to arable crops are found mainly in eastern and southern England and eastern Scotland.

Almost all Britain's WHEAT crop is "winter wheat" which is sown in autumn. About one-third of the wheat crop is normally used for flour milling, and about one-third for animal feed.

BARLEY grows best under the same conditions as wheat. It is much more adaptable and requires a shorter ripening period. Barley is used principally for fodder (40 per cent).

Although OATS are more tolerant of poor soils and cool damp conditions the area under this crop is gradually decreasing. In England, Wales and Ireland their chief use is as winter feed for cattle. Scotland is one of the few countries in which oats are cultivated for human consumption, to make porridge, oatcakes, etc.

Of root crops cultivated in Britain, most important are potatoes and sugar beet. POTATOES are cultivated throughout the British Isles and grown for sale, for fodder and for seed. High-grade seed potatoes are grown in Scotland and Northern Ireland. SUGAR BEET is a root crop which in recent years has assumed considerable importance. Today it provides about 50 percent of sugar requirements of the country. The best place for growing sugar beet is eastern England, and here for convenience, since it is a bulky crop to transport, most of the sugar-making factories are situated.

MARKET GARDENING may be defined as the intensive production of vegetables and fruit for human consumption. Market gardening is strongly influenced by access to markets. This is largely because both fruit and vegetables deteriorate rapidly after packing and must, therefore, be moved to market as quickly as possible. As a result, market gardens have been growing up near to large industrial cities. 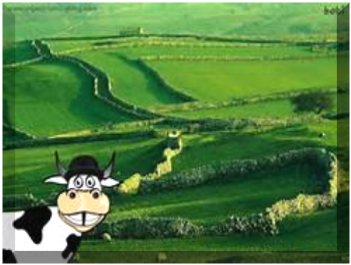 The climate of the British Isles is ideal for CATTLE. Therefore, they are found practically in all areas. 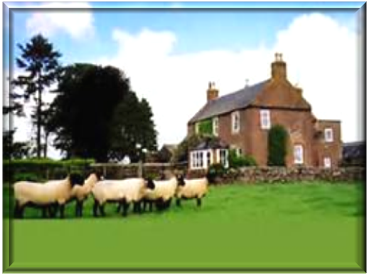 Since British agriculture is highly specialized, cattle serve different purposes in different districts. There are two kinds of cattle: dairy cattle and beef cattle. The need for daily deliveries of fresh milk has given rise to particular concentration of dairy cattle on lowlands close to densely populated areas. Beef cattle are more widely distributed throughout the British Isles than dairy cattle, and rearing extends into upland regions far from urban areas.

SHEEP no longer play such an important part in British agriculture as they did in the past, when there was a steady export of wool to the continent of Europe. Nowadays they are in general numerous only on land which is unsuitable for other types of farming. Although lamb production is the main source of income for sheep farmers, wool is also important. 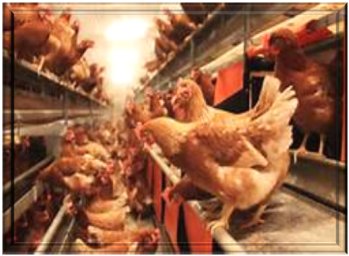 Most farmers keep PIGS and POULTRY. Pig production occurs in most areas but is particularly important in northern and eastern England. Poultry farms are chiefly concerned with the supply of eggs to local markets and the production of poultry meat. Britain remains self-sufficient in both.

(B) Modern British farming displays two important characteristics. In the first place, it is intensive farming, in other words, no effort is spared to achieve maximum production from the available land. The output of crops per hectare and the quality of the livestock are very high. In the second place, it is mixed farming, in which both crops and livestock play an important part.

A wide range of measures was introduced to increase agricultural efficiency. The careful crossing of existing breeds of cattle and sheep produced types of animals which gave increased yields of meat and milk. Artificial fertilizers came to be manufactured. A so-called rotation system was invented, in which the fertility of the land is maintained by growing different crops. And, of course, the introduction of up-to-date machinery was a decisive factor.

(C) Britain's agriculture is under pressure to change at the moment. Farmers are under pressure to adopt more environmentally friendly methods such as organic farming. Organic farming works in harmony with nature rather than against it. This involves using techniques to achieve good crop yields without harming the natural environment or the people who live and work in it. Organic farming does not use artificial chemicals that can damage the environment and human health. Its popularity has grown rapidly in recent years.