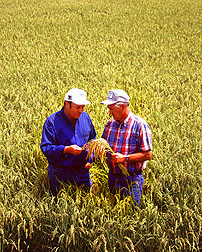 Agriculture is a vital branch of an economy. At present two main branches of agriculture are being developed: crop growing and livestock breeding.

All crops can be subdivided into the following groups:

· The forth group isvegetables.Vegetables can be subdivided into:

§ cole cropsto which cabbage belongs in the first place; 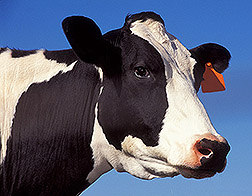 We rely on animals for a number of products. Some are more obvious than others. Animals’ milk and meat provide us with protein. We make clothing and furniture with wool and leather. In addition, there is a long list of animals’ by-products. We use them every day but we don’t always know it.

We render fat, or tallow, into tires, soaps, and candles. Marshmallows, buttons, and tape include bones and hooves. Wool is often used in carpets. Even baseballs use animal products. 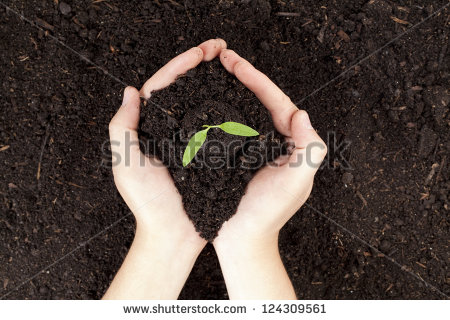 One method, crop rotation, solves nutrient depletion. Cover crops, or green manure, are rotated with other crops. This process increases the amount of nitrogen in the soil and reverses land degradation.

Farmers also use different practices to combat and prevent erosion. 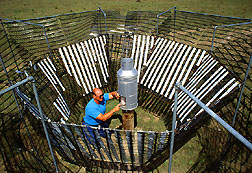 One of the most critical concerns for any agriculturist is the changing of seasons. Plants have varying degrees of tolerance for cold, so different strategies for coping with the cold may be used with each type of crop.

The most important issue to consider is site selection. Each agricultural site has its own unique characteristics. Different sites have different growing seasons based on elevation, growing degree days, and last frost dates.

Of course, selecting a new site isn’t always an option. After all, humans have cultivated crops in nearly every region on Earth. Less favorable sites may require special care. For example, there are several methods of freeze protection that an agriculturist can use. Greenhouses can be used to absorb and trap whatever heat the region does receive. 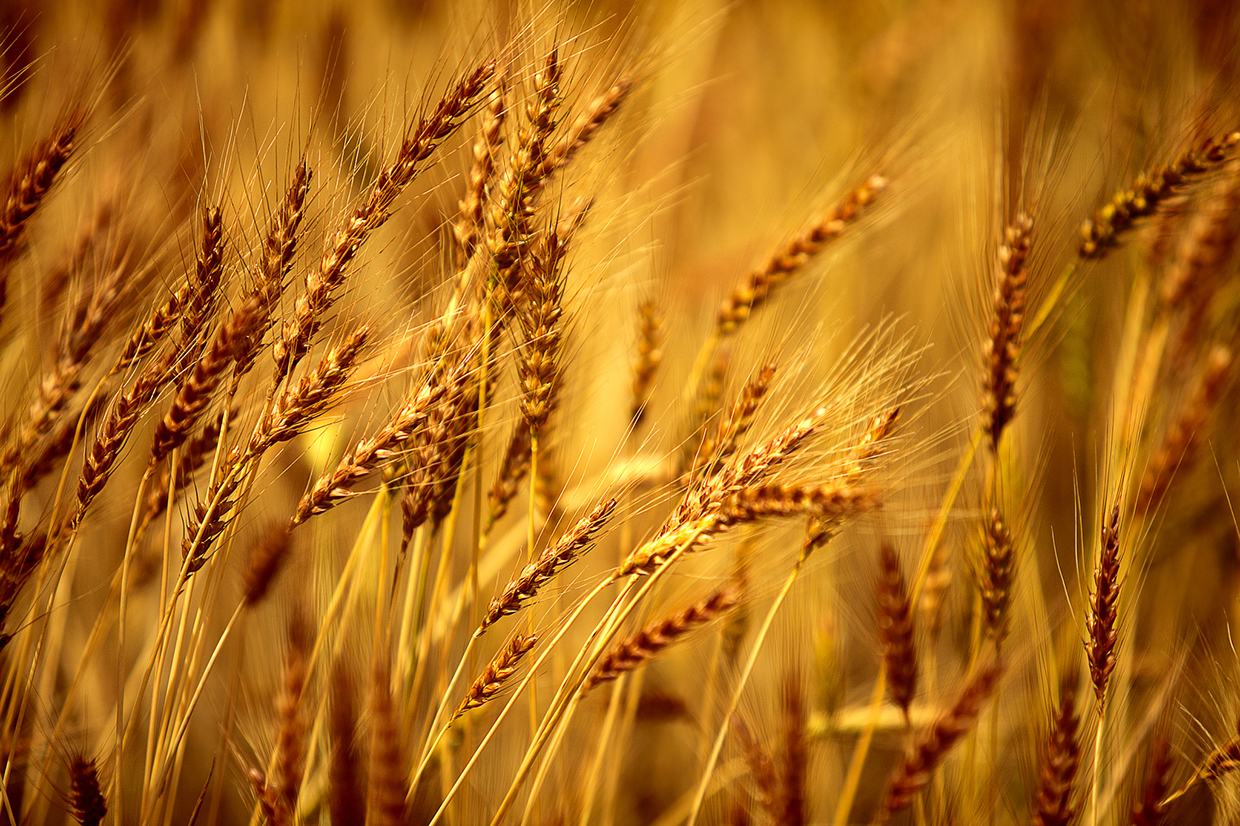 (A) The Republic of Belarus has long-lasting agricultural traditions. Agriculture has been one of the major(важный) activities of the Belarusian people for many centuries and continues to play a significant(значиый) role in the national economy in the post-industrial era.

Belarus belongs(принадлежит) to the area of so-called unstable farming. A short growing(вегетативный) season, the lack of fertile soils and other factors make farming difficult.

The climate of Belarus is moderately continental with mild and humid winter, warm summer and wet autumn. It can be cold from October to April. The average vegetation period is 184-208 days. The climatic conditions(климатические условия) in Belarus are favourable for growing staple grain crops, vegetables, fruit trees and bushes which are common for moderate climate zones of East Europe, especially for cultivating potatoes, grains, sugar beets, flax, annual grass and fodder root crops, vegetables, poultry, pork, beef, and dairy products.

The main plowed lands have low natural fertility(естественное плодородие). Much of the land can be productive only with fertilizer(удобрение) application.

The explosion at the Chernobyl nuclear power station contaminated much of the soil in southern Belarus. It reduced the country’s total area of arable land.

The Belarusian agrarian business is represented by large agribusiness enterprises, state and private farms. Large collective and state farms are the main commodity producers in our country. Large-scale production has always been a priority in the development of the agriculture and food industry.

Most of the farms have mixed crop and livestock farming. The main species of livestock are cattle, pigs, sheep, goats and poultry. A powerful cattle breeding has been created in Belarus to manufacture diary and meat products. Broiler chickens are other major livestock. They are raised at special mass-production plants. Now the country has more than four thousand dairy farms. Almost 40% of them are equipped with modern facilities and milking robots. Belarus is also constantly modernizing pig and poultry farms. 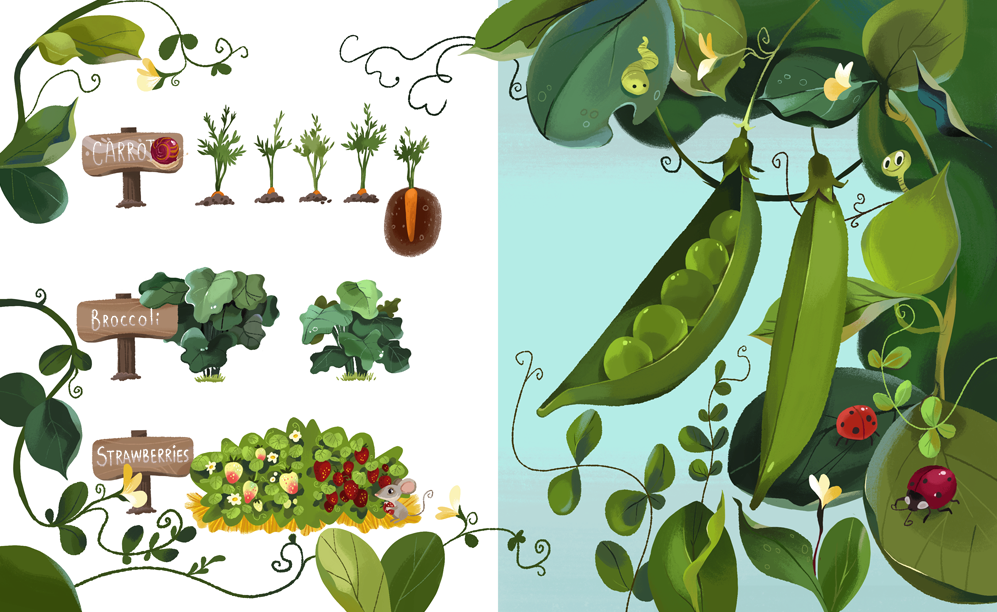 Many species of plants grow well especially grain crops (rye, wheat, barley and oats), potatoes and sugar beets. Most arable land is in the Central Zone. Crops vary according to zones. The northern area is a flax growing region; as much as 34 per cent of flax production and processing is here. The central area leads in producing grain crops, vegetables and potatoes (31-40 per cent). The south leads in sugar beet (37 per cent).The most important branch is grain; more than a half of the crop area is under cereals. Winter rye and wheat are of the greatest importance. Barley and oats are the most important fodder cereals. Additional crops, grown in Belarus, are cabbage, carrots, onions, tomatoes, cucumbers. Fruit crops include apples, pears, plums, cherries.

Nowadays the volume of agricultural production per capita(на душу населения) in Belarus corresponds(соответ.) to the level of the developed countries and in many respects production figures are higher than those of the Eurasian Economic Union.

(C)The Belarusian government approved the state program concerning the development of agrarian business for the years 2016-2020. The state program for a five-year period takes into account economically viable volumes of agricultural production considering the needs of the domestic market and effective export. It outlines the directions, measures and mechanisms according to which the authorities plan to develop the agrarian sector of the economy of Belarus.