Portland cement concrete is a strong, dependable and relatively inexpensive construction material. Until it is stressed under tension, that is. It typically exhibits only about 15% of its equivalent compressive strength, which can spell catastrophe for structural applications. The first use of material most similar to modern concrete was by Roman engineers and was known as opus caementicium. The Pantheon still stands today as the largest un-reinforced concrete dome in the world. Presumably they also discovered very quickly that the material failed catastrophically in attempts to use it in tensile structural applications. 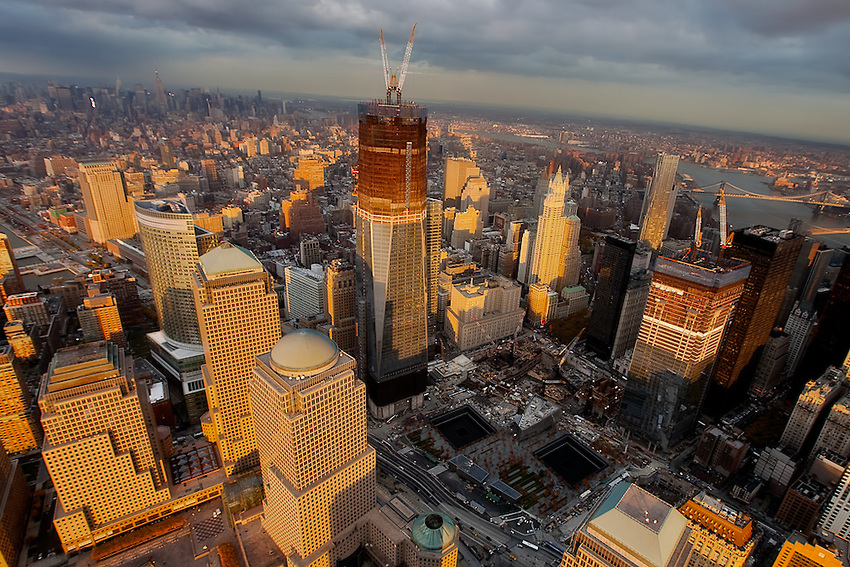 In pre-tensioned concrete tensile elements such as cables, ribbons, or rods are clamped under calculated tensile stress. Concrete is cast around these elements and allowed to cure. When fully hardened the clamps are released and the stress is transferred within the rigid concrete. Only in this case the tensile elements are not holding the structure together, rather they act to place the concrete into a state of compressive stress prior to load application. When a load is applied within the design limit, the concrete structural piece will never see tensile stress of sufficient magnitude to cause failure.

Unbonded post-tensioning is accomplished by coating the tensile elements with lubricant and covering them with extruded polymer sleeves. These are then arranged within the concrete molding form with the ends of the tensile elements attached to anchors placed at the perimeter of the casting. Since the tensile elements are free to move within the casting, when curing is complete they can be pulled into tension and clamped to the embedded anchors at the edges of the piece. Once again the concrete is placed into a preloaded compressive state of stress by the tensioned elements. Unlike pre-tensioning, however, the post-tensioned elements can catastrophically pull out of the casting if the anchors fail or unskilled repairs are attempted. However they can also be adjusted to compensate for changes in loading or field conditions. Finally, bonded post-tensioning utilizes conduits placed into the concrete molding form. The tensioning elements are threaded through the conduits before the concrete is cast. Once curing is complete, the elements are pulled into tension and clamped or wedged at the conduit openings to hold the applied tensile stress. These elements are then grouted into place at the openings to permanently bond them with the structural casting.