THE IDEA OF UNIFICATION

Having in essence the same initial idea of phrase structures and their context-free combining, the HPSG and several other new approaches within Chomskian mainstream select the general and very powerful mathematical conception of unification. The purpose of unification is to make easier the syntactic analysis of natural languages.

The unification algorithms are not linguistic proper. Rather they detect similarities between parts of mathematical structures (strings, trees, graphs, logical formulas) labeled with feature sets. A priori, it is known that some features are interrelated, i.e., they can be equal, or one of them covers the other. Thus, some feature combinations are considered compatible while met in analysis, whereas the rest are not. Two sets of features can be unified, if they are compatible. Then the information at an object admitting unification (i.e., at a constituent within a sentence to be parsed) combines the information brought by both sets of features.

Unification allows filtering out inappropriate feature options, while the unified feature combination characterizes the syntactic structure under analysis more precisely, leading to the true interpretation of the sentence.

As the first example of unification operations, let us compare feature sets of two Spanish words, el and muchacho, staying in a text side by side. Both words have the feature set [gender = masculine, number = singular], so that they are equivalent with respect to gender and number. Hence, the condition of unification is satisfied, and this pair of words can form a unifying constituent in syntactic analysis.

Another example is the adjacent Spanish words las estudiantes. The article las has the feature set [gender = feminine, number = plural]. As to the string estudiantes, this word can refer to both ‘he-student’ of masculine gender and ‘she-student’ of feminine gender, so that this word is not specified (is underspecified) with respect to gender. Thus, the word occurrence estudiantes taken separately has a broader feature set, namely, [number = plural], without any explicit indication of gender. Since these two feature sets are not contradictory, they are compatible and their unification [gender = feminine, number = plural] gives the unifying constraint set assigned to both words. Hence, this pair can form a unifying mother constituent las estudiantes, which inherits the feature set from the head daughter estudiantes. The gender of the particular word occurrence estudiantes is feminine, i.e., ‘she-students,’ and consequently the inherited gender of the noun phrase las estudiantes is also feminine.

As the third example, let us consider the words niño and quisiera in the Spanish sentence El niño quisiera pasar de año. The noun niño is labeled with the 3rd person value: [person = 3], whereas the verb quisiera exists in two variants labeled with the feature set [person = 1 or person = 3], correspondingly. Only the latter variant of the verb can be unified with the word niño. Therefore this particular word occurrence of quisiera is of the third person. The whole sentence inherits this value, since the verb is its head daughter.

The European linguists went their own way, sometimes pointing out some oversimplifications and inadequacies of the early Chomskian linguistics.

In late 1960´s, a new theory, the Meaning Û Text model of natural languages, was suggested in Russia. For more than 30 years, this theory has been developed by the scientific teams headed by I. Mel’čuk, in Russia and then in Canada, and by the team headed by Yu. Apresian in Russia, as well as by other researchers in various countries. In the framework of the Meaning Û Text Theory (MTT), deep and consistent descriptions of several languages of different families, Russian, French, English and German among them, were constructed and introduced to computational practice.

One very important feature of the MTT is considering the language as multistage, or multilevel, transformer of meaning to text and vice versa. The transformations are comprehended in a different way from the theory by Chomsky. Some inner representation corresponds to each level, and each representation is equivalent to representations of other levels. Namely, surface morphologic, deep morphologic, surface syntactic, deep syntactic, and semantic levels, as well as the corresponding representations, were introduced into the model.

The description of valencies for words of any part of speech and of correspondence between the semantic and syntactic valencies have found their adequate solution in this theory, in terms of the so-called government patterns.

The government patterns were introduced not only for verbs, but also for other parts of speech. For a verb, GP has the shape of a table of all its possible valency representations. The table is preceded by the formula of the semantic interpretation of the situation reflected by the verb with all its valencies. The table is succeeded by information of word order of the verb and its actants.

If to ignore complexities implied by Spanish pronominal clitics like me, te, se, nos, etc., the government pattern of the Spanish verb dar can be represented as

The symbols X, Y, and Z designate semantic valencies, while 1, 2, and 3 designate the syntactic valencies of the verb. Meaning ‘give’ in the semantic formula is considered just corresponding to the Spanish verb dar, since dar supposedly cannot be represented by the more simple semantic elements.

The upper line of the table settles correspondences between semantic and syntactic valencies. For this verb, the correspondence is quite simple, but it is not so in general case.

The lower part of the table enumerates all possible options of representation for each syntactic valency at the syntactic level. The options operate with part-of-speech labels (N for a noun, Vinf for a verb in infinitive, etc.) and prepositions connecting the verb with given valency fillers. In our simplistic example, only nouns can fill all three valencies, only the preposition a is used, and each valency have the unique representation. However, such options can be multiple for other verbs in Spanish and various other languages. For example, the English verb give has two possible syntactic options for the third valency: without preposition (John gives him a book)vs. with the preposition to (John gives a book to him).

The word order is generally not related with the numeration of the syntactic valencies in a government pattern. If all permutations of valencies of a specific verb are permitted in the language, then no information about word order is needed in this GP. Elsewhere, information about forbidden or permitted combinations is given explicitly, to make easier the syntactic analysis. For example, the English verb give permits only two word orders mentioned above.

Thus, government patterns are all-sufficient for language description and significantly differ from subcategorization frames introduced in the generative grammar mainstream.

Another important feature of the MTT is the use of its dependency trees, for description of syntactic links between words in a sentence. Just the set of these links forms the representation of a sentence at the syntactic level within this approach.

Up to the present, the proper description of the word order and word agreement in many languages including Spanish can be accomplished easier by means of the MTT. Moreover, it was shown that in many languages there exist disrupt and non-projective constructions, which cannot be represented through constituency trees or nested structures, but dependency trees can represent them easily.

In fact, dependency trees appeared as an object of linguistic research in the works of Lucien Tesnière, in 1950’s. Even earlier, dependencies between words were informally used in descriptions of various languages, including Spanish. However, just the MTT has given strict definition to dependency trees. The dependency links were classified for surface and deep syntactic levels separately. They were also theoretically isolated from links of morphologic inter-word agreement so important for Spanish.

With dependency trees, descriptions of the relationships between the words constituting a sentence and of the order of these words in the sentence were separated from each other. Thus, the links between words and the order in which they appear in a sentence were proposed to be investigated apart, and relevant problems of both analysis and synthesis are solved now separately.

To barely characterize the MTT as a kind of dependency approach is to extremely simplify the whole picture. Nevertheless, this book presents the information permitting to conceive other aspects of the MTT.

The dependency approach is not exclusively syntactic. The links between wordforms at the surface syntactic level determine links between corresponding labeled nodes at the deep syntactic level, and after some deletions, insertions, and inversions imply links in the semantic representation of the same sentence or a set of sentences. Hence, this approach facilitates the transfer from syntactic representations to a semantic one and vice versa.

According to the MTT, the correlation between syntactic and semantic links is not always straightforward. For example, some auxiliary words in a sentence (e.g., auxiliary verbs and some prepositions) are treated as surface elements and disappear at the deep syntactic level. For example, the auxiliary Spanish verbHABER in the word combination han pedido disappears from the semantic representation after having been used to determine the verb tense and mode. At the same time, some elements absent in the surface representation are deduced, or restored, from the context and thus appear explicitly at the deep syntactic level. For example, given the surface syntactic dependency tree fragment:

Special rules of inter-level correspondence facilitate the transition to the correct semantic representation of the same fragment.

The MTT provides also the rules of transformation of some words and word combinations to other words and combinations, with the full preservation of the meaning. For example, the Spanish sentence Juan me prestó ayudacan be formally transformed to Juan me ayudó and vice versa at the deep syntactic level. Such transformations are independent of those possible on the semantic level, where mathematical logic additionally gives quite other rules of meaning-preserving operations.

We should clarify that some terms, e.g., deep structure or transformation, are by accident used in both the generative and the MTT tradition, but in completely different meanings. Later we will return to this source of confusion.

All these features will be explained in detail later. Now it is important for us only to claim that the MTT has been able to describe any natural language and any linguistic level in it.

In the twentieth century, syntax was in the center of the linguistic research, and the approach to syntactic issues determined the structure of any linguistic theory. There are two major approaches to syntax: the constituency, or phrase-structure, approach, and the dependency approach. The constituency tradition was originated by N. Chomsky with the introduction of the context-free grammars, and the most recent development in this tradition is Head-driven Phrase Structure Grammar theory. The dependency approach is used in the Meaning Û Text Theory by Igor Mel’čuk. Both approaches are applicable for describing linguistic phenomena in many languages.

FOR WHAT PURPOSES do we need to develop computational linguistics? What practical results does it provide for society? Before we start discus-sing the methods and techniques of computational linguistics, it is worthwhile giving a review of some existing practical results, i.e., applications, or products, of this discipline. We consider such applications in a very broad sense, including in this category all known tasks of word processing, as well as those of text processing, text generation, dialogue in a natural language, and language understanding.

Some of these applications already provide the user with satisfactory solutions for their tasks, especially for English, while other tasks and languages have been under continuous research in recent decades.

Of course, some extrapolations of the current trends could give completely new types of systems and new solutions to the current problems, but this is out of scope of this book. 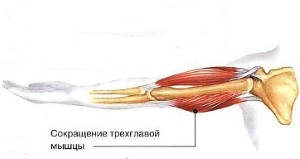 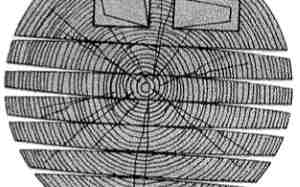 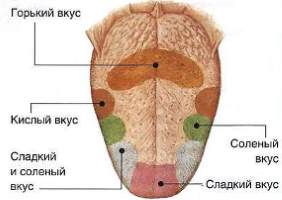