Sugar: should we eliminate it from our diet?

Sugar seems to have developed a reputation as the big bad wolf in relation to health. Medical News Today has reported on numerous studies associating sugar intake with increased aging, cardiovascular disease, obesity and even cancer. Such research has led to many health experts around the globe calling for reductions in recommended sugar intake, with some saying we should cut out sugar completely. But is it really that bad for our health? We investigate. 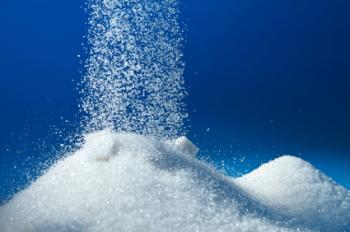 Sugar is a crystalline carbohydrate that makes foods taste sweet. There are many different types, including glucose, fructose, lactose, maltose and sucrose.

Put simply, sugar is a crystalline carbohydrate that makes foods taste sweet. There are many different types of sugar, including glucose, fructose, lactose, maltose and sucrose - also known as table sugar.

Some of these sugars, such as glucose, fructose and lactose, occur naturally in fruits, vegetables and other foods. But many of the foods we consume contain "added" sugars - sugar that we add to a product ourselves to enhance the flavor or sugar that has been added to a product by a manufacturer.

It is added sugars that have been cited as a contributor to many health problems. In December 2014, MNT reported on a study in the journal Open Heart claiming added sugars may increase the risk of high blood pressure, even more so than sodium. And in February 2014, a study led by the Centers for Disease Control and Prevention (CDC) associated high added sugar intake with increased risk of death from cardiovascular disease (CVD).

Perhaps most strongly, added sugars have been associated with the significant increase in obesity. In the US, more than a third of adults are obese, while the rate of childhood obesity has more than doubled in children and quadrupled in adolescents over the past 30 years.

A 2013 study published in The American Journal of Clinical Nutrition suggested that consumption of sugar-sweetened beverages increases weight gain in both children and adults, while a review paper from the World Health Organization (WHO) notes an increase in the consumption of such beverages correlates with the increase in obesity.