M. LOMONOSOV AND HIS CONTRIBUTION TO SCIENCE 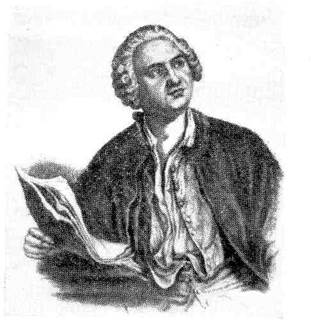 The great Russian scientist, outstanding poet and enlightener, Lomonosov, was born in the village of Denisovka (now Lomonosovo), far off in the North, on November 19, 1711. The boy was very young when he easily mastered reading and writing. He spent all his free time in reading books and studying but that did not satisfy him. The young boy longed for knowledge, he longed to master science. That longing was so great that at the age of 19 or so, he left his father's home and started on foot for Moscow in spite of the long distance and the cold winter.

However, entering the Slavonic-Greek-Latin Academy in Moscow was not an easy thing to do, because his father was a peasant and a fisherman. Strange as it may seem at present, the Academy was closed to peasants at that time.

He experienced great want and countless hardships during his student years both in Moscow and later on in Germany where he had been sent to complete his education. Studying at the Academy, he got only 3 copecks a day, that scholar­ship being his only means of living.

Nevertheless, the simple peasant boy from the far North soon became famous as a scientist and a poet. At the age of 35 he was already an experienced professor and an academi­cian.

Lomonosov was complete master of natural sciences as well as of history, philosophy and engineering. In addition to the Russian language, he had a good knowledge of foreign languages, namely German, French, Greek and, last but not least, Latin which was the international language of science at that time.

It is quite impossible to name a scientific problem he did not turn his attention to. However, theory alone left him dissatisfied. He knew by experience that it was useless and unreliable if it did not find practical application and could not, therefore, serve the good of his people and his country. He always tried to find a practical application for the phenom­ena studied.

Lomonosov possessed an unusual capacity for work. His scientific activity lasted but 25 years but in these 25 years he carried out an extraordinary amount of useful, educational work in various fields of scientific and cultural life. He car­ried on scientific research in natural sciences and made nu­merous reports on the results of his achievements. He lectured to students and translated the works of various foreign scien­tists into Russian for he wanted to educate "our own Newtons." For this very purpose he founded Moscow Uni­versity and wrote his odes as well as numerous books on the Russian language and literature, on physics and so on.

For many years the great scientist carried on systematic laboratory-experimental work both, in physics and chemistry, for, according to him, without observation and experiment there could be no progress in science. In this connection, one might ask: "Do you know that Lomonosov organized the first chemical laboratory in our country and built the first glass-making factory in Russia?”

Lomonosov studied physical properties of bodies on the basis of the molecular and atomic theory: He developed the kinetic theory of gases, the molecular kinetic theory of heat and first discovered the law of the con­servation of matter and motion. He also found that light, heat and electricity are different forms of motion. .As a re­sult, many of his discoveries became invaluable contributions to world science.

From the very first and to the last days of his life he strug­gled alone for Russian science and the enlightenment of the Russian people.

1. Learn the following active words and use them in the sentences of your own:

2. Translate the following word chains into Russian, define what part of speech the words are.

3. Form questions for the following answers:

last but not least; least of all; not in the least; he has not the least idea about it; this is the least he can do; read one page at least.

7. Form nouns from the following verbs:

to enlighten, to know, to educate, to transform, to master,to apply, to achieve, to observe, to generate, to protect, to require, to develop, to experience

10. Translate the following sentences paying special attention to the words in bold type:

1. I like to read but I have very little time for reading. 2. My friend speaks of nothing else but his examinations.3. We know by experience that a thermometer is used for measuring temperature differences. 4. I was sent for the doc­tor. 5. These students studied English for 2 years. 6. Rus­sian scientists and inventors work for this country. 7. Our professor left for Leningrad for he is going to work there for 3 weeks. 8. It is necessary for me to be at home at 6 o'clock. 9. The scientist was observing a new phenomenon for a long time. 10. We need much electricity for it is used both in our homes and in industry.

12. (a) Fill in the blanks with prepositions, if necessary; (b) retell the text:

The great American writer Jack London was born ... the town of San Frincisco in 1876. The young boy longed ... knowledge, but Jack's father could not send him ... school, as the family was very poor. London began working when he was quite young. He sold different newspapers ... the streets. ... the age ... fourteen he began to work ... a factory. Then he worked as a fisherman. He had to work many hours ... a day. Nevertheless he experienced a great want and count­less hardships ... that time. In spite of his hard work he was very fond ... reading and read very much. He studied …school and later on ... the university. He took great interest both ... history and ... philosophy. ... 1896 London started ... Alaska for the yellow metal. He did not live ...the North. ... a long time. Soon he came back ... San Francisco, and became famous as a writer. He greatly contributed ... the de­velopment ... progressive American literature. ... present his name is known all over the world.