Physical map of the USA 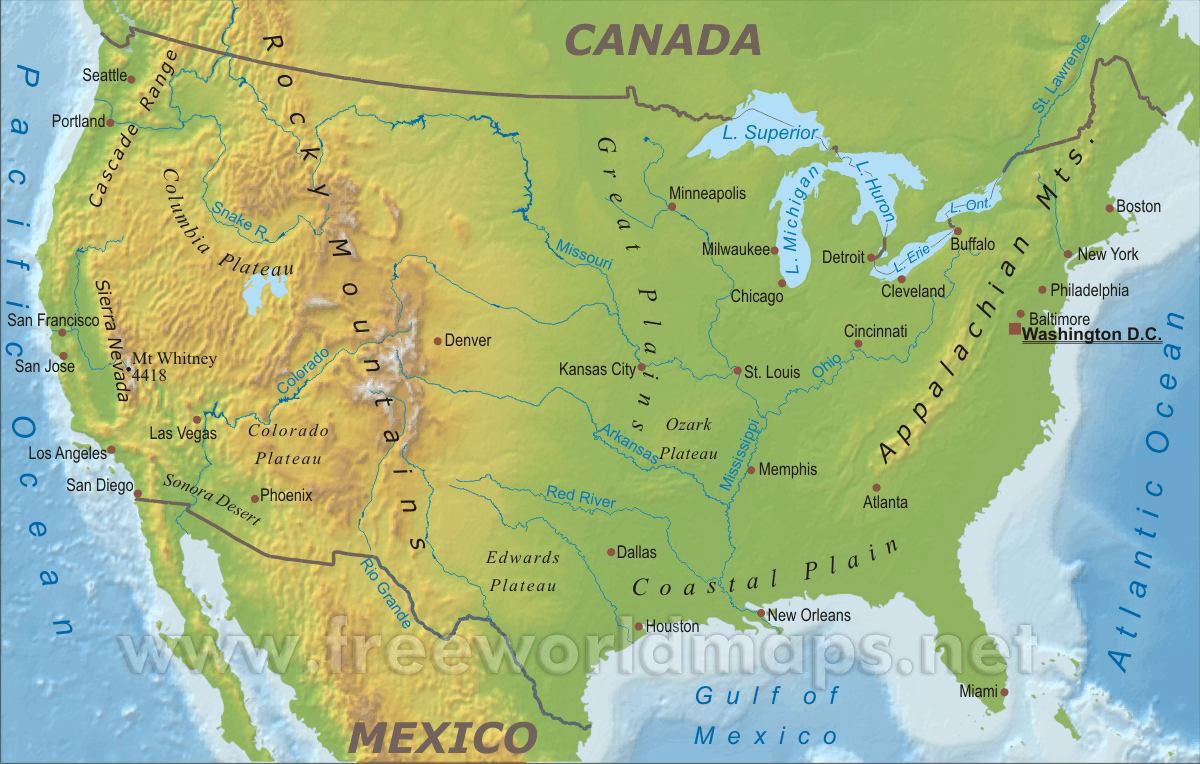 The USA is a federation of 50 states which was established by the Constitution in 1787. Each state has its own constitution, its own legislative and executive authorities, elected governor, as well as its symbolism. In addition, there is District of Columbia, where there is the capital of the USA – Washington.

There are executive, judicial and legislative branches of power. The executive branch is presented by the President. Qualification for Presidency:

The function of the President:

ü Reside in the White House

ü Commander-in-chief of the military

ü Greet leaders of other nations

ü Can sign a bill into law and veto bills too

The Legislative branch is made up of Congress and they make the laws, regulate commerce, tax the people, borrow money and declare the wars. The legislative branch has two parts: the Seante and the House of Representatives. Now the House of Representatives must live in the state they are representing. They are elected every two years to fill 435 seats, must be a citizen for 7 years, at least 25 years of age. Number of reps depends on states population. Now the Senate: at least 9 years must be a citizen, live in the state they are representing, must be at least 30. They are elected for 6 year terms. Every two years 1/3 is reelected. The vice-president is the president of the Senate. There are 100 senators, 2 per state.

The Judicial branch is made up of all courts. The highest court is the Supreme Court. It’s on Congress to decide how many justices should be. Now it’s 9. The President chooses who would be the Chief Justices and the Senate approves it. Once appointed justice you are there till death or retirement. The Supreme Court is guide for all courts in our country. Judicial review began in 1803. The Supreme Court has the final say in the law.

The USA takes the third place to population. Now in the USA live representatives of hundreds ethnic groups; scientists unite them into 3 groups:

The USA often is called a country of immigration, and that is really so. On the one hand, the rapid expansion of the U.S. territory, its occupation and developing had created constant additional requirements in admittance of more and more human contingent. The USA takes the eighteenth place for the average population density in the world (27 people per 1 km). Almost 70% of population occupies 12% of the territory.