The Appalachian Mountains divide the eastern seaboard from the Great Lakes and the grasslands of the Midwest. The Mississippi–Missouri River, the world's fourth longest river system, runs mainly north–south through the heart of the country. The flat, fertile prairie of the Great Plains stretches to the west.

The Rocky Mountains, at the western edge of the Great Plains, extend north to south across the country, reaching altitudes higher than 4,300 m in Colorado. Farther west are the rocky Great Basin and deserts such as the Chihuahua and Mojave. The Sierra Nevada and Cascade mountain ranges run close to the Pacific coast, both ranges reaching altitudes higher than 4,300 m. The lowest and highest points in the continental United States are in the state of California, and only about 80 miles (130 km) apart. At 6,194 m, Alaska's Mount McKinley is the tallest peak in the country and in North America. Active volcanoes are common throughout Alaska's Alexander and Aleutian Islands, and Hawaii consists of volcanic islands. The supervolcano underlying Yellowstone National Park in the Rockies is the continent's largest volcanic feature.

The United States, with its large size and geographic variety, includes most climate types. To the east of the 100th meridian, the climate ranges from humid continental in the north to humid subtropical in the south. The southern tip of Florida is tropical, as is Hawaii. The Great Plains west of the 100th meridian are semi-arid. Much of the Western mountains are alpine. The climate is arid in the Great Basin, desert in the Southwest, Mediterranean in coastal California, and oceanic in coastal Oregon and Washington and southern Alaska. Most of Alaska is subarctic or polar. Extreme weather is not uncommon—the states bordering the Gulf of Mexico are prone to hurricanes, and most of the world's tornadoes occur within the country, mainly in the Midwest's Tornado Alley. 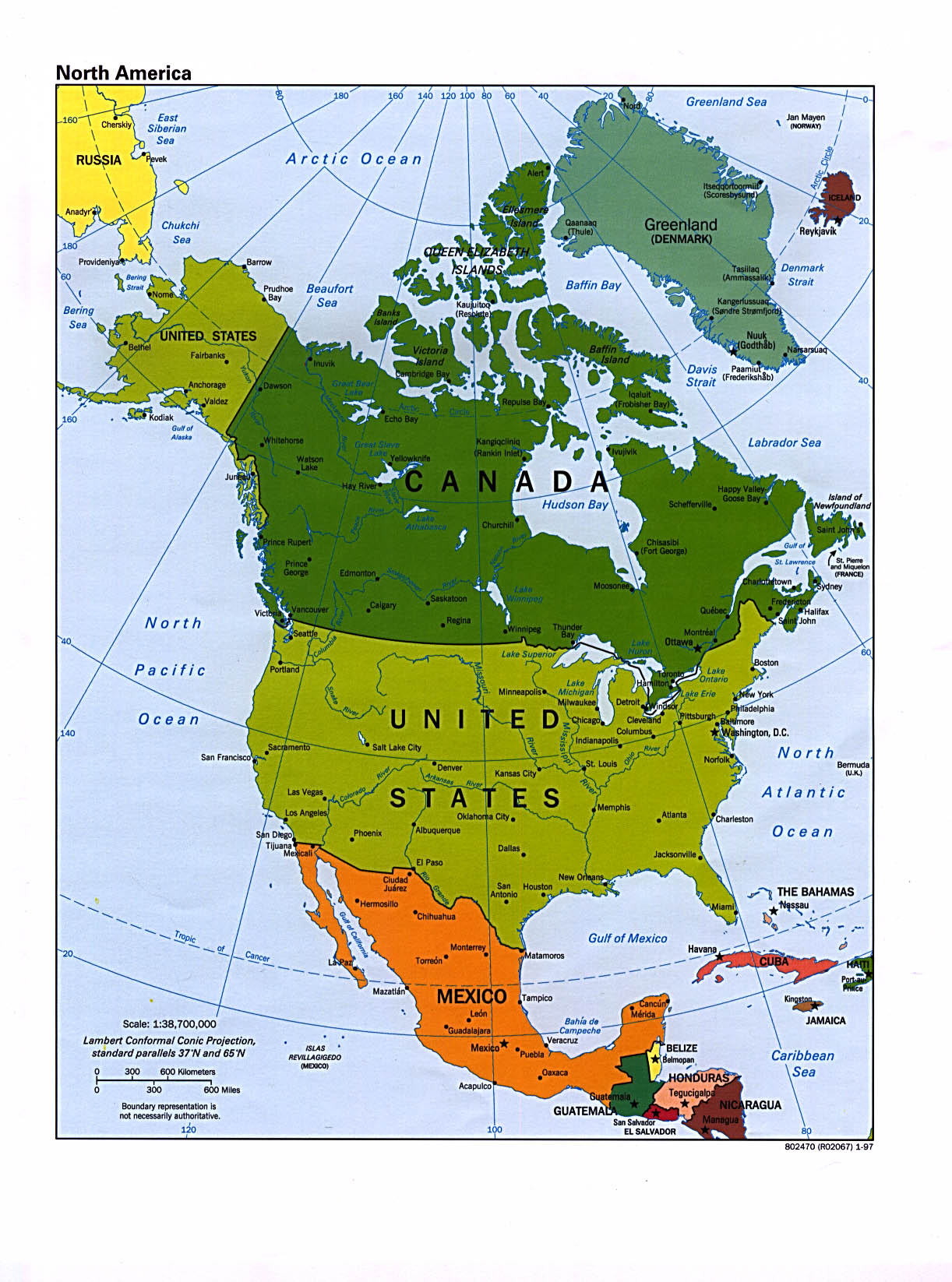