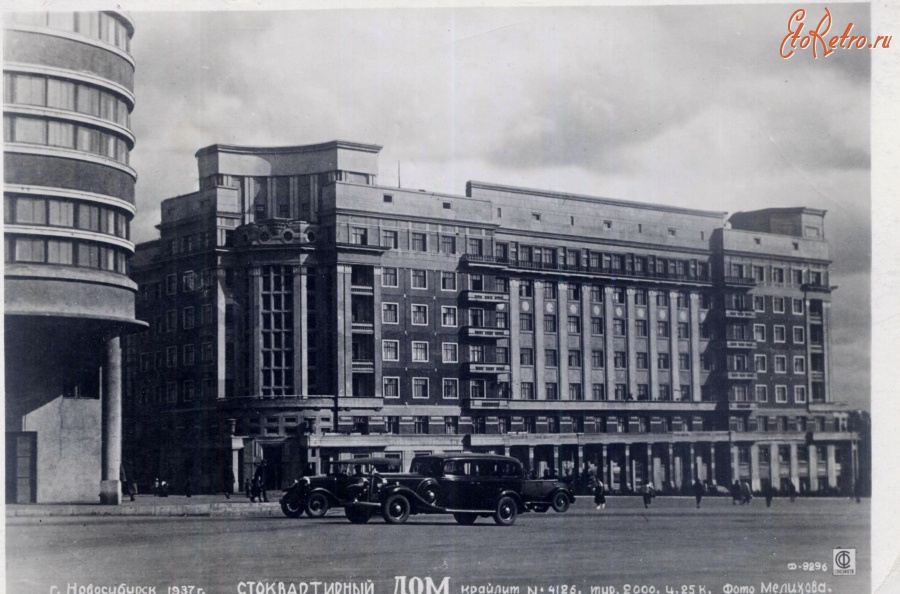 The 100-apartment residential building plays a crucial role in the ensemble of Yakov M. Sverdlov square. A heavy stylized colonnade in the ground floor accentuates the three-part division of the facades. The middle part of the main facade facing the square is set off by the rhythm of flat pilasters attached in the corners of the building by wide, curved balconies. The central part of the upper floors of the main facade is somewhat recessed from the other wall surfaces, which imparts plasticity to the entire volume of the building. A simple attic is topped with a light cornice. The house had beautifully decorated balconies and loggias, thoroughly made individual details, like brackets and balcony rails, window and door head moldings. Much attention was given to the corners facing the square. The building's silhouette is thereby emphasized.

While under construction in 1934-1935 the building's decor was made significantly more complex. Vitalii S. Maslennikov, an architect of exquisite artistic taste, participated in developing general composition and plastic details of the facades. Maslennikov introduced new decorative elements in the facade composition. Here he oriented to the architecture of Auguste Perret. Later Andrei D. Kryachkov defined the building's architecture as French Neo-classicism.

In 1937 Andrei D. Kryachkov's projects - the Soviets House in Irkutsk, the Soviets House in Krasnoyarsk and the 100-apartment residential building for Krayispolkom - were displayed at the Exposition Internationale des Arts et des Techniques in Paris. The projects were awarded with a Grand Prix diploma and with a Gold medal. The building became a sort of model for Novosibirsk architects. The house was for a long time a prestigious dwelling for the Siberian elite. 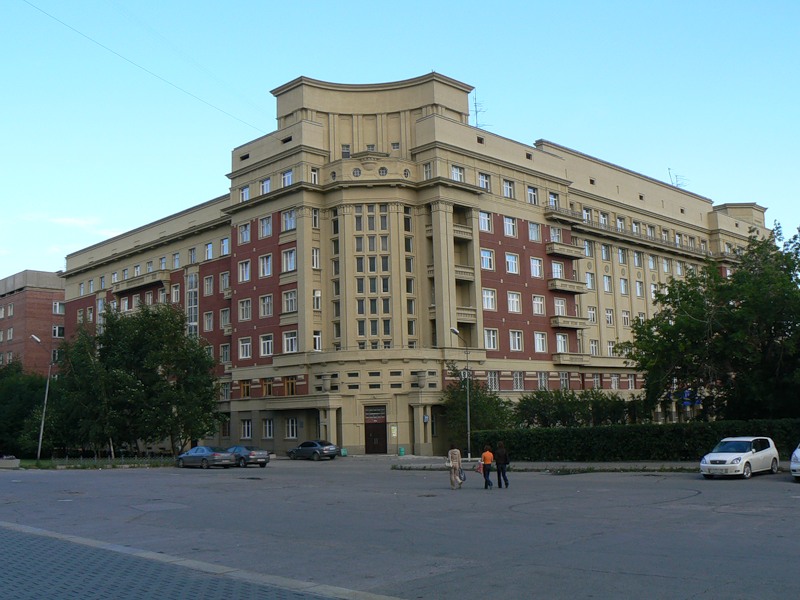