In modern publications, and especially in readers designed for stu­dents, the old records are edited. The runes are usually replaced by Latin characters, the abbreviations are deciphered, marks of length and missing letters are supplied, punctuation marks inserted. The spelling is to some extent regulated and normalised. In poetry the lines are shown in accordance with modern standards (in OE manuscripts verse was written out continuously, like prose). Apart from these minor adjust­ments all the peculiarities of the records are carefully reproduced, so that modern publications can be used as reliable material for the study of the OE language.

§ 111. OE scribes used two kinds of letters: the runes and the letters of the Latin alphabet. The runic alphabet was described above (§ 102). The bulk of the OE material — OE manuscripts — is written in the Latin script. The use of Latin letters in English differed in some points from their use in Latin, for the scribes made certain modifications and additions in order to indicate OE sounds.

Depending of the size and shape of the letters modern philologists distinguish between several scripts which superseded one another during the Middle Ages. Throughout the Roman period and in the Early Middle Ages capitals and uncial letters were used reaching almost an inch in height, so that only a few letters could find place on a large page; in the 5th-7th c. the uncial became smaller and the cursive script began to replace it in everyday life, while in book-making a still smaller script, minuscule, was employed. The variety used in Britain is known as the Irish, or insular, minuscule. Out of the altered shapes of letters used in this script — d, f, g, and others — only a peculiar shape of g,ʒ is preserved in modern publications. In the OE variety of the Latin alpha­bet i and j were not distinguished; nor were u and v; the letters k, q, x and w were not used until many years later. A new letter was devised by putting a stroke through d — d or ð, also the capital letter — D to indicate the voiceless and the voiced interdental [θ] and [ð]. The letter a was used either alone or as part of a ligature made up of a and e — æ; likewise in the earlier OE texts we find the ligature æ (o plus e), which was later replaced by e.

The most interesting peculiarity of OE writing was the use of some runic characters, in the first place, the rune called "thorn"

which was employed alongside the crossed d, ð to indicate [θ] and [ð] — it isusually preserved in modern publications as a distinctive feature of the OE script. In the manuscripts one more rune was regularly used —

"wynn" for the sound [w]. In modern publications it is replaced by w.Some runes were occasionally used not as letters but as symbols for the words which were their names: e.g. 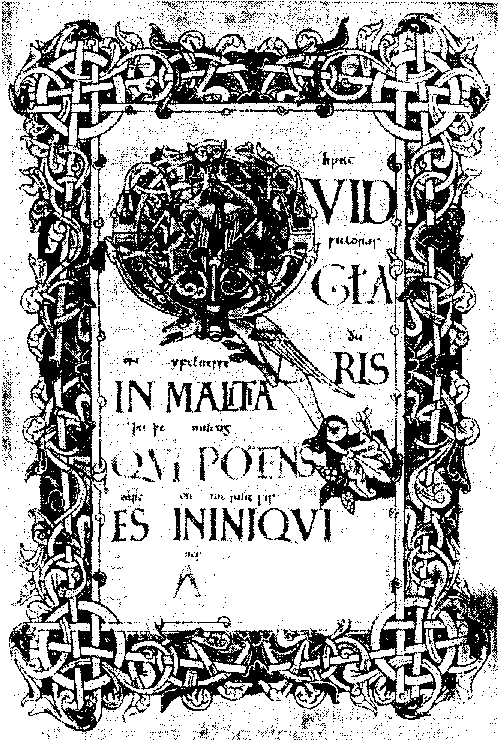 Like any alphabetic writing, OE writing was based on a phonetic principle: every letter indicated a separate sound. This principle, however, was not always observed, even at the earliest stages of phonetic spelling. Some OE letters indicated two or more sounds, even distinct phonemes, e.g. ʒ stood for four different phonemes (see below); some let­ters, indicating distinct sounds stood for positional variants of pho­nemes — a and æ. A careful study of the OE sound system has revealed that a set of letters, s, f and p (also shown as ð) stood for two sounds each: a voiced and voiceless consonant. And yet, on the whole, OE spelling was far more phonetic and consistent than Mod E spelling.

The letters of the OE alphabet below are supplied with transcription symbols, if their sound values in OE differ from the sound values normally attached to them in Latin and other languages.

The letters could indicate short and long sounds. The length of vowels is shown by a macron: bat [ba:t], NE boat or by a line above the letter, as in the examples below; long consonants are indicated by double letters. (The differences between long and short sounds are important for the correct understanding of the OE sound system and sound changes, but need not be observed in reading.)

§ 112. In reading OE texts one should observe the following rules for letters indicating more than one sound.

The letters f, s and p, ð stand for voiced fricatives between vowels and also between a vowel and a voiced consonant; otherwise they in­dicate corresponding voiceless fricatives:

The letter h stands for [x] between a back vowel and a consonant and also initially before consonants and for [x'] next to front vowels; the distribution of [h] is uncertain: OE hlæne [x], tāhte [x], niht [x'], hē[x] or [h] (NE lean, taught, night, he).

The letter n stands for [n] in all positions except when followed by [k] or [g]; in this case it indicates [ŋ]: OE sinʒan (NE sing).

§ 113. The following sentences supplied with transcription and a translation into Mod E illustrate the use of the alphabet in OE. The passage is taken from Ohthere's account of his voyage round the Scandi­navian peninsula, inserted by King Alfred in his translation of Orosius' WORLD HISTORY (West Saxon dialect, 9th. c):

"Ohthere said (to) his lord Alfred

king that he (of) all Northmen to the North

lived (had lived). Then sailed he yet (farther) northwards