§ 411.The alphabetic way of writing (unlike hieroglyphic, picto­graphic and syllabic writing) was originally based on a phonetic prin­ciple: it was designed to give an accurate graphic representation of pronunciation by using letters to indicate sounds, Mod E spelling dis­plays many deviations from this principle. The differences between the pronunciation and the spelling of words are obvious, especially to those who are familiar with the employment of Latin letters in other languages. The reasons for these discrepancies and for the peculiarities of English spelling are to be found in the history of English sounds.

§ 412. OE spelling was phonetic: OE notaries employed Latin char­acters in accord with the Latin written convention, to put down English words as best they could. They attempted to use a separate letter for each distinct sound; the sound values of the letters were for the most part the same as in Latin. Their spellings, however, were not absolutely consistent, for some letters — as far as we can judge today — indicat­ed two or more sounds: the letter ʒ stood for four different phonemes, c — for two; f, ð, p and s indicated two allophones each (which developed into phonemes later). On the whole, OE spellings were fairly good tran­scriptions of words, made with the help of Latin characters.

§ 413.ME spelling innovations incorporated many sound changes which had taken place since the 9th-10th c., and yet spelling had gen­erally become more ambiguous and conventional. In many instances the one-to-one correspondence of letter and sound had been lost. More letters than before had two sound values: ostood for [ɔ], [u], long [ɔ:] and [o:]; c — for [s] and [k]; g — for [g] and [dʒ], etc.; u could even indicate three sounds — the vowels [u] and [y] and the consonant [v]. One and the same sound was commonly shown by different means: [dʒ] could be indicated by g, j or dg, [k] — by k, c and q, etc. (see § 360). The digraphs introduced in ME look familiar to the modern reder, since many of them are still in use, but their application in ME was rather contradictory: so that they did not make spelling either more precise or more phonetic. For instance, both ou and ow were used for[u:] and [ou]; double o stood for the open and close long [ɔ:] and [o:] alongside o; long [e:] and [ɛ:] were shown indiscriminately by ie,double e and the single letter e. The use of digraphs was a digression from the phonetic principle, for it was based on conventional association between sounds and their graphic representation (e.g. th or dg did not indicate sequences of sounds, but were used as symbols of single sounds, [θ, ð]and [dʒ]). The conventional principle of spelling was later reinforced by the fixation of the written form of the word in printing and byextensive sound changes.

§ 414. The introduction of printing and the spread of printed books perpetuated the written forms of the words reproduced from the manu­scripts. They reflected the pronunciation of the age and the accepted devices of spelling; numerous variant spellings characteristic of the manuscripts were employed unrestrictedly in the printed books of the late 15th and the 16th c.

The phoneticians and spelling reformers of the 16th c. strove to restrict the freedom of variation and to improve English orthography by a more consistent use of letters and digraphs, and by the introduction of new symbols.

They insisted upon a strict distinction between u and o when used to indicate a vowel and a consonant: [u] and [v], e.g. Early NE loue, selues, unripe, unshaken later spelt as love; selves, unripe, unshaken; upon the regular use of the final mute e to show the length of the vowel in the preceding syllable, e.g., rode, rose, and even beene, moone (though in the two latter words length was shown by double letters). They in­troduced new digraphs to show the difference between some open and close vowels, namely the digraph ea for [ɛ:] as distinguished from e, ee, and ie used for the closed [e:], and the digraph oa alongside o in open syllables for [ɔ:], as contrasted to oo showing a long closed [o:] Cf. ME eech, seke with [ɛ:] and [e:] and Early NE each, seek; ME hooly, boot [ɔ:, o] and Early NE holy, boat, boot. The use of double consonants became less frequent, except in traditional spellings like kiss, sell, but double letters were sometimes employed to show that the preceding vowel was short: Early NE sitten, shott, dipped (later sir, shot, dipped).

However, most of the recommendations made by Early NE scholars were never accepted; for instance, it was proposed that [θ] and [ð] should be indicated by an overturned letter t —

, or that the number of letters should be increased to thirty-four (Th. Smith, 1568) or else that all long sounds in all the words should be consistently shown by double letters (J. Hart, 1569).

§ 415. The activities of the scholars in the period of normalisation — late 17th and the 18th c. — had a stabilising effect on the development of English spelling. The dictionaries and grammars fixed the written forms of the words as obligatory standards; numerous variant spellings of the Early NE period went out of use. Apart from the standardisation of spelling — which was certainly a great achievement of that age — only a few innovations were made: a few new digraphs were adopte with borrowed words, such as ph, ps — NE photograph, psychology ch — NE chemistry, scheme and machine, g — genre.

In the 18th c. the sound changes slowed down. Standard pronuncia­tion (later known as RP — Received Pronunciation) and standard spelling were [irmly established, and the gap between the spoken and written form of the word was perpetuated. The conventional use of letters had prevailed over their original, "phonetic" use.

§ 416. Spelling always lagged behind the changing pronunciation but this discrepancy grew in the NE period. In Early NE vowels and consonants were subjected to extensive changes, while spelling changes were few and inadequate. Mod E spelling shows the pronunciation of words in the late 14th and in the 15th c., that is before the Early NE sound changes. That is why modern spelling is largely conventional and conservative, but seldom phonetic.

Those are the main historical reasons for the gap between Mod E spelling and pronunciation and for the specifically English use of Latin letters. In order to explain modern spellings one must trace the history of the sounds and their graphic representation, especially in ME and Early NE. The following table contains a list of modern sounds and their most common spelling; it supplies information about the origin and history of sounds, which account for the spellings (it does not include the most obvious phonetic spellings of the type not, it, bed, — which do not require any special historical explanation).

1. Prove, by instances of phonetic changes, that ME was divided into a number of dialects.

2. Point out some changes preceding the Great Vowel Shift which display the same directions of evolution.

3. Cf. the system of vowels in OE with that in Late ME and say in which respects it has become less symmetrical.

5. What are the causes of vowel interchanges in NE keep, kept; feel, felt; wise, wisdom; leave, left; five, fifth? Originally, in OE the words in each pair contained the same long vowels.

6. Account for the interchange of vowels in NE child — children, wild — wilderness, bewilder (ME bewildren), behind — hindrance; in OE the root vowel in these words was [i].

11. Account for the sound values of the letter c in the following words: [s] in NE mercy, centre; [k] in copper, class; [ʃl in special, sufficient?

12. Explain from a historical viewpoint the pronunciation of the following words with the letter g: good, again, general, change, regime.

14. What is meant by "discrepancy" between pronunciation and spelling in Mod E? Give examples of phonetic and conventional spell­ings. Prove that the written form of the word usually lags behind its spoken form and indicates its earlier pronunciation.

15. Explain the origin of different sound values of the following digraphs: ea in seat, dead; ie in chief, lie; ou in pound, soup, soul, rough; ow in sow and how. Why do they indicate other sounds before r, e.g. dear, pear; pier, bier; pour, sour; lower, power.

19. Reconstruct the phonetic changes so as to prove that the words have descended from a single root: NE listen and loud; merry and mirth; deep and depth; foul and filth; husband and house; long and length; sheep and shepherd; tell, tale and talk; thief and theft; gold, gild and yellow; person and parson. 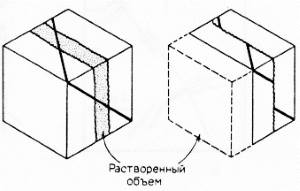