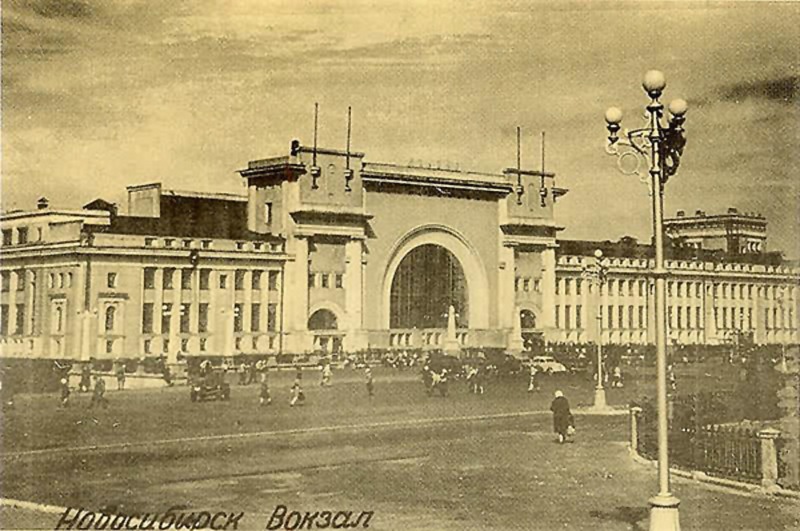 The year of 1932 – the turning point in the development of Soviet architecture – drastically affected the two biggest construction projects in Novosibirsk – the buildings of the railway station and the theatre of opera and ballet. Their construction was protracted for many years. Novosibirsk Railway Station is one of the biggest in the country and the biggest in Siberia. 45 conceptual designs of Novosibirsk Railway Station were submitted to the 1929 national competition organized by MAO (Moscow Architectural Society). 12 of them won prizes. Architect Nikolay G. Voloshinov won the first prize, but his design was subjected to harsh criticism at an exhibition in Novosibirsk in july 1930. The municipal layout committee voiced dissatisfaction with the building's architecture and stated that the construction in project is more like a box construction for industrial buildings, than a railway station for passengers. Further work on the project was entrusted to Kiev division of Giprotrans (Kogiprotrans), which introduced substantial changes in the volume layout structure, but preserved the stylistics of Constructivism. The building's foundations were laid in accordance with Kogiprotrans project. However, very soon monolithic, reinforced concrete frame construction, flat roofs and the building's architectural look itself raised doubts among the technical administration of the «Sibstroiput» trust that was commissioned to construct the railway station. Project revision started again, and then «Sibstroiput» passed on to Boris A.Gordeev a corrective preliminary design for the railroad station. The Vesnins, the renowned brothers-architects, wrote in their review of Boris A.Gordeev and Sergei P.Turgenev's project of Novosibirsk railway station that «the difficult task of finding the architectural form of a new Soviet station is happily resolved». But Boris A.Gordeev and Sergei P.Turgenev's project was also reconsidered and changed again and again. A competition was also held for the external architecture of the building. As a result, the building received eclectic decoration. A monumental decoration with half columns of an exaggerated Tuscan order and an arched window plays a leading role in the façade. Apart from the symbolic meaning of «the city gate», the arch also reflects the constructive lay-out solution to the building: the ticket office is covered with a vault-shell of monolithic reinforced concrete. Engineer Nikolay V. Nikitin designed the unique cylindrical shell with an internal caisson finishing. Under Nikolai G. Voloshinov's original concept, the building was to be one of the first railroad stations in the world built according to a scheme for a coordinated layout of an elongated railroad station with a transverse upper portion. Cincinnati Railway Station in the USA is based on a similar scheme. This design approach allowed passengers to descend to the platforms only once upon boarding, which is not only convenient, but also meets station maintenance requirements. But, unfortunately, the novel scheme was not realized. Spacious waiting rooms, ticket offices, a restaurant, roomy luggage offices, as well as the system of staircases, tunnels, passages and viaducts contribute to passengers' convenience. 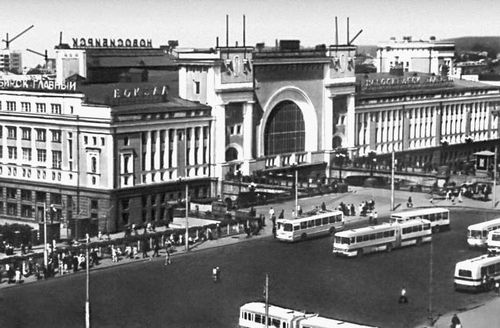 In the 1990s the Chinese construction company «Tsitsikarsky Dorstroitrest» reconstructed and repaired the building to the project by architects Alexander Z. Gaidukov, E. Pochivalov and engineer A. Rosumenko. 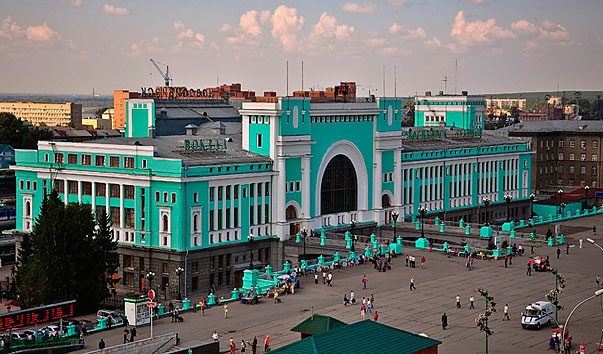