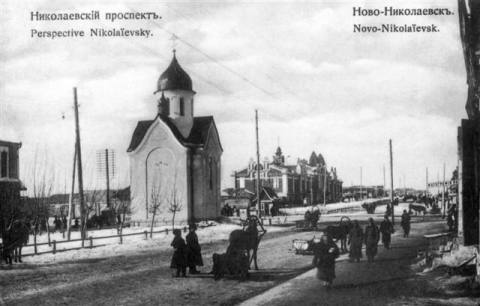 Andrei D. Kryachkov, the architect from Tomsk, was the one who implemented this unpaid project of a chapel executed in the manner of old Russian Novgorod and Pskov architecture of the XIV-XV centuries. On 20 July 1914 the building was laid in the middle of Nikolaevsky Prospect to commemorate the 300-year anniversary of the Romanovs' rule. The city architect, Fedor F. Ramman, managed the construction. On 9 November 1929 the Presidium of Novosibirsk Regional Executive Committee made a resolution to close down the chapel. In early 1930 the chapel was demolished. 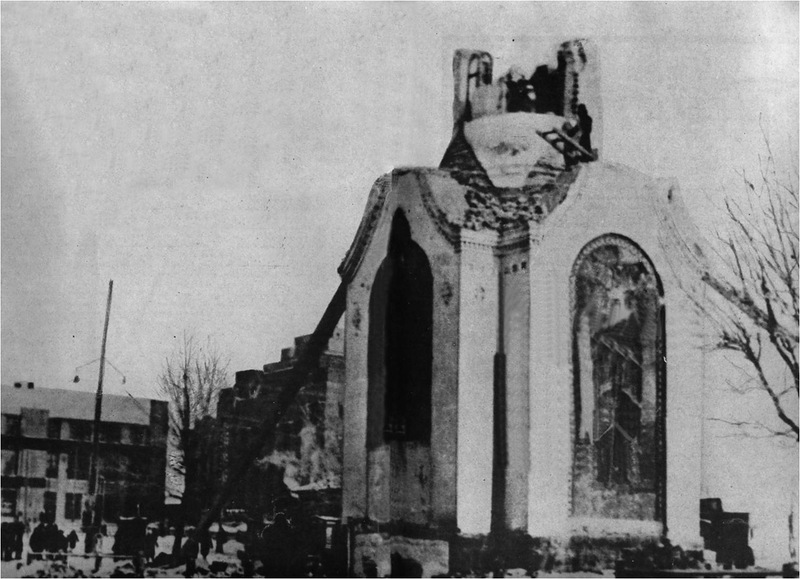 Its place was occupied first by a sculpture of a Komsomolets (Young Communist Leaguer), and later by Stalin's monument. As a legend that appeared in the Soviet and post-Soviet era, the chapel is situated in the geographical center of the Russian Empire. The chapel was reconstructed at a new place and unveiled on 4 June 1993, the year of Novosibirsk's centenary. The reconstruction of the original Kryachkov's chapel by Petr A. Tchernobrovtsev is one of the best architectural projects of Novosibirsk in the 1990s. Tchernobrovtsev had a subtle perception of city planning changes, appropriately changed proportions of the construction, which used to be heavier and more cumbersome in Kryachkov's project. 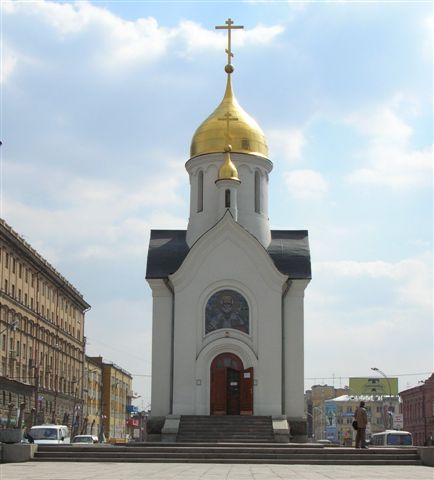 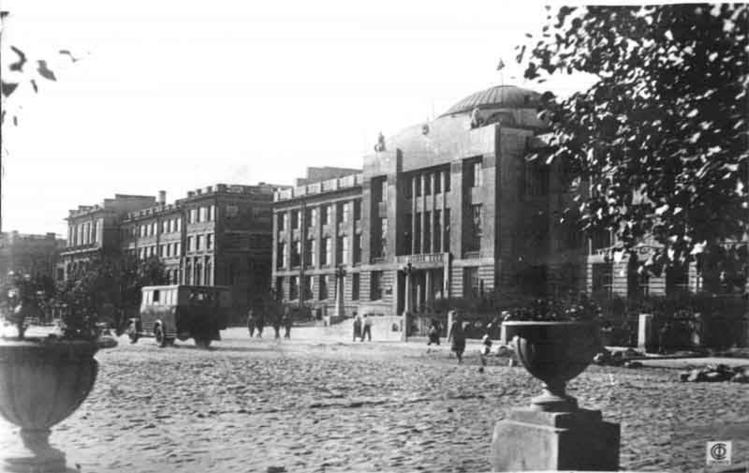 In 1921 The Siberian Bureau of the central Committee of the Russian Communist Party (of Bolshevicks) and the Siberian Revolutionary Committee (Sibrevcom) moved from Omsk to Novonikolaevsk. In 1925 the All-Union Central Executive Committee made a resolution to form the Siberian region with the centre in Novonikolaevsk. The building of Sibrevcom was built in the shortest possible time – within seven months – to accommodate administrative institutions.

The symmetrical façade of the building is decorated with two-storied pilasters fixed in the rusticated ground floor. The façade is crowned with a cupola, motivated only in terms of composition. The front entrance is set off by a way with two «Egyptian» columns, bearing an entablature-balcony of the second floor slightly protruding from the façade. The front entrance is flanked with two protruding portions topped with the statues of a worker and a peasant by the Altai sculptor Stepan R.Nadolsky. The statues are placed on pediments. Andrei D. Kryachkov tried to express the public character of the building by erecting it recessed from the red line and making a grand porch with a central staircase and lateral rounded ramps decorated with pylons.

Although the building is not of great size, the architect succeeded in making it monumental. Kryachkov gave special attention to the design of side façades, topped with stepped parapets with semi-circular windows in the centre. Eclectic decoration of the Sibrevcom building contains both neoclassical decorative devices and some ornamental motifs of Art Nouveau. The color scheme advocated by Kryachkov has justified itself in the course of time as the most practical and expressive in the severe Siberian climate. It is a restrained grey color scheme of the plastered walls of the construction. In 1930 the newspaper «Sovetskaya Sibir» strictly criticized Kryachkov for the non-proletarian character of architecture of the Sibrevkom building. 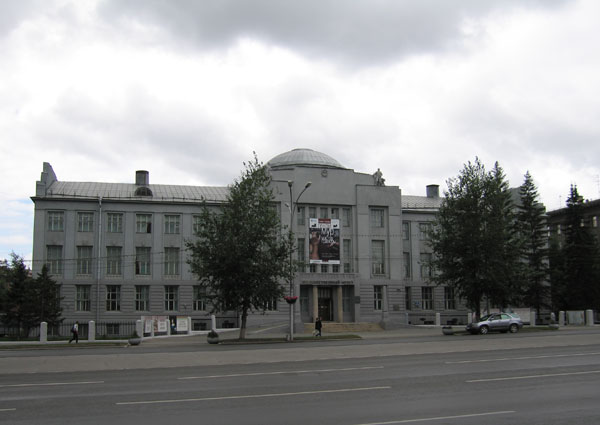